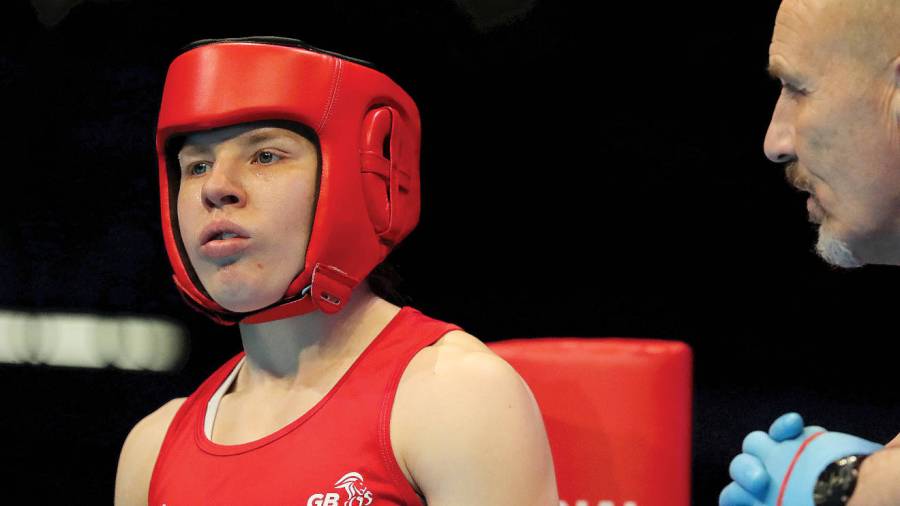 BOXING at the Women’s World championships in Istanbul, Turkey culminates in the finals from May 19-20.

The tournament was delayed from last year. Long awaited, it will decide the leading female boxers in the world now. It is also being held at a time when the weight classes for the 2024 Olympic Games have been set. In that sense for the boxers involved this is the beginning of the new Olympic cycle. It’s a chance to establish themselves in their division ahead of the Paris Games.

For Wales’ Eccles, boxing in the competition will be a special moment. She was bitterly disappointed to lose to Russian welterweight Saadat Dalgatova in her first bout at the Olympic qualification event in 2020. Last year she did take a revenge win over Dalgatova, but that didn’t soften the blow. It made it even harder to stomach when her team mates went to the Tokyo Games and Eccles had to stay home.

“It was awful,” Rosie said. “I had a virus. A virus attacked the right side of my body and I lost significant function in my neck and my right arm. When I got back from the qualifier for six months I couldn’t do anything. I was in excruciating pain… So I actually had nine months off.
“Then I had this absolutely storming year [in 2021]. I had 11 fights, one loss to the Olympic champion [Turkey’s Busenaz Sürmeneli] and Rob McCracken thought I beat her. I beat four of the Olympians and got that win back against the Russian.”

“Mentally it was probably the hardest time. For Lauren [Price] and Karriss [Artingstall] I was their main sparring,” she continued. “The hardest time was when they all left [for the Olympics] and I went home. It was awful. It’s funny, it’s made me more hungry actually. More appreciative of how things can be taken away.

“I’m back now and more determined than ever. It’s the start of the Olympic cycle really. Like Rob said this is the beginning of the next cycle, this Worlds and it’s time to look forward. It felt like all we were doing was looking back at the Olympics, I couldn’t watch it. It was hard work.

“I’m really excited,” she added. “It’s a good chance to go out and make a statement.

“Qualification starts next year but it’s good to get ahead and be known as one of the main ones in the weight early on.”

Eccles is relishing being back at a big tournament and also welcomes the change in Olympic weight from 69 to 66kgs. “I was never 69kgs really,” Rosie said. “It suits me down to the ground. I’m a puncher anyway.”

“You have to adapt to the speed a little bit because they’re a little bit quicker,” she added. “Once I can settle at the weight, I think it’s going to suit me, it’s so much better. I’m so happy that it’s 66kgs.”

Irish Olympic lightweight champion Kellie Harrington, who stayed in the amateur sport after Tokyo, has been ruled out of entering this tournament due to injury. “I’m devastated not to be competing at the Worlds. Training was going great, and I know I was the woman to beat in Turkey but timing is everything, and there just isn’t enough time to heal before boxing starts. I have to prioritise my long-term health and fitness. Qualifying for Paris is still the goal. I’ll be rooting for all our Team Ireland boxers at the Worlds – it’s a strong, skilful team,” Harrington said.

The Irish team includes Olympians Michaela Walsh at 57kgs and Aoife O’Rourke at 75kgs as well as the latter’s sister Lisa O’Rourke at 70kgs. Kaci Rock goes at 66kgs, Amy Broadhurst at 63kgs, Niamh Fay at 54kgs, Carly McNaul at 52kgs, Caitlin Fryers at 50kgs and Shannon Sweeney at 48kgs.

Cindy Ngamba, the recent winner of the England Boxing National Amateur Championships, will go to the Worlds at 70kgs. She’ll travel with GB but compete in the refugee team that world governing body IBA allows and funds.