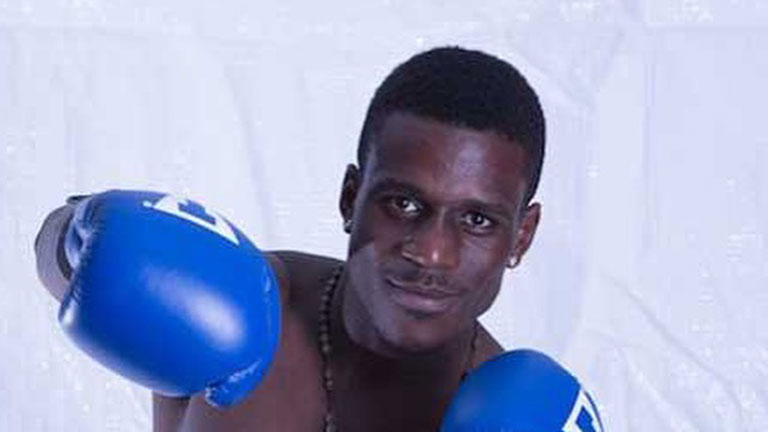 UNBEATEN super-middleweight prospect Ronald Ellis makes his Showtime debut on February 19 and the 12-0 (10) talent says he will “make a statement” in the scheduled eight rounder with Jerry Odum.

A confident fighter who talks well, Ellis also says he wants an active 2016 so as to make up for a couple of injury-enforced layoffs earlier in his now five-year pro career.

Here the 2010 National Golden Gloves champion speaks about his career and his aims for the future with Boxing News.

Ronald Ellis: “I know quite a bit about him,  but at the same time not too much. I’ve seen him fight, he’s tough and he comes forward. He can fight. I have nothing bad to say about him and nothing good to say about him. He’s quite basic, I think I will outbox him.”

Q: Is this your first appearance on Showtime?

R.E: “Yeah, my first time. I feel I should’ve been there earlier but now I’ve gotta make a statement. This will be a beautiful fight, so tune in. We are both bangers with a high knockout percentage and they’re saying it will be a war, and if I have to, I’ll go to war, but I think I’ll be too skillful for him. I’m not looking for the KO, because I can go eight-rounds easy.”

Q: You have quite a few KO’s, 10 out of your 12 fights, but for those fans who have yet to see you fight, how would you describe your style?

R.E: “On paper, I have a lot of knockouts, but I like to box. I like to wear guys down; I have actually got a few early knockouts though, where I’ve caught the guy early. I’m a boxer/puncher. Sometimes I can be too eager for my own good. I’m working on my movement and on my slickness. Why take punches, you know.”

Q: How happy are you with the way your pro career has been progressing? You made you pro debut five years ago now.

R.E: “I’ve had a number of setbacks, injuries. But now, with this fight, I will open a lot of eyes. I will show what I’m about. I hope to have six more [fights] this year, four at least, but six would be beautiful. I’m ranked pretty high, number-13 in the U.S. I hope to be top-10 soon. As long as I stay healthy, maybe get a quick win here and there, then I might get those six fights in. I had an elbow injury in late 2012 and that kept me out quite a long time. I had chipped bones and that took eight months to heal. But now I’m doing more push-ups and pull-ups than ever before and all that’s behind me now.”

Q: With you working in a number of camps, you must have sparred a lot of big names?

Q: Will you stay at super-middleweight, you make the weight comfortably?

R.E: “To tell you the truth, I’d like to go down to 160, I think I’d be stronger there. But if you look at my career, ever since 2005, when I was an amateur, I was fighting at 168. I guess I’m stuck there. I make the weight comfortably, I’m just two or three pounds above weight now, with two weeks to go before the fight.”

Q: Who do you think is the best super-middleweight in the world right now?

R.E: “I like James De Gale. I liked it when he beat up the Dirrell brother [Andre]. You also have a few other good champions, but I don’t have anything bad to say about any of them. I’ll fight any of them when the time comes. Definitely this year I’ll go for a smaller title – why slow the process down? I’m 26 now and I feel great. It’s my time now.”