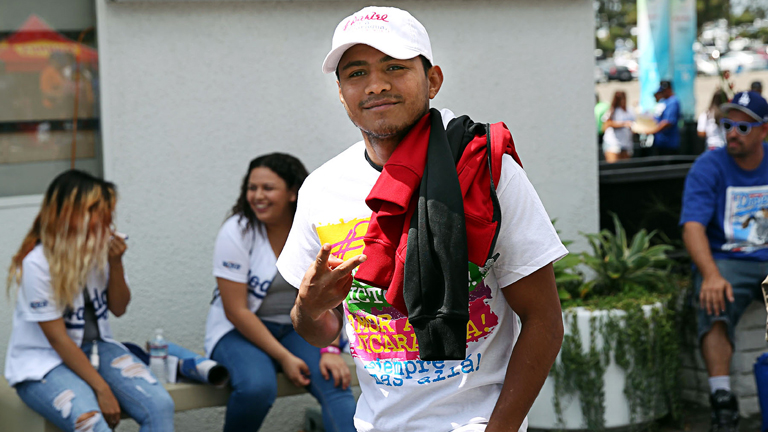 ROMAN GONZALEZ looks set to get his chance at revenge against Srisaket Sor Rungvisai, who handed him his first professional defeat last month to lift the WBC super-flyweight title.

The Thai’s decision victory was disputed by most, especially as ‘Chocolatito’ suffered massive cuts due to head clashes, for which Sor Rungvisai was docked a point.

K2 Promotions and Teiken Promotions – who both handle Gonzalez – appealed to the WBC for an immediate rematch. Yesterday, the WBC confirmed that it approved this request and has ordered  Sor Rungvisai to defend his title against Gonzalez.

“The WBC Board of Governors considers that due to the extraordinary fight, which was extremely close and considering that the WBC championship rules regarding accidental head butts were not used, but most importantly, considering a public demand to witness once again a great match between these 2 great fighters, the WBC has granted the request by unanimous vote to order the rematch between Sor Rungvisai and Gonzalez,” their statement read.

Gonzalez, now 46-1, was considered the best fighter, pound-for-pound, in the world before Sor Rungvisai dropped and upset him in their New York thriller.

The original plan had been for the Gonzalez-Sor Rungvisai winner to fight Carlos Cuadras – who Roman defeated last year to initially win the WBC super-flyweight crown, a world title in a fourth weight class for the Nicaraguan – however the WBC has changed that ruling.

Instead, Cuadras has been ordered to fight another Gonzalez victim, Juan Francisco Estrada, to determine a WBC ‘interim’ champion while Gonzalez and Sor Rungvisai serve medical suspensions after their gruelling affair.

Estrada was outpointed by Gonzalez in a 2012 barnburner before unifying two titles and flyweight and then moving to super-flyweight last year.

The WBC will then order the winner of these two respective fights to meet each other, setting up some mouth-watering bouts in what is arguably the most exciting weight class in boxing today.