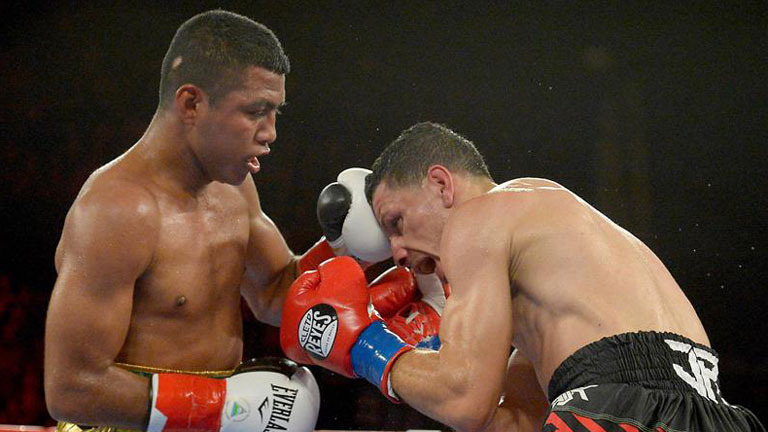 SEPTEMBER 10 will be an action packed night. After Gennady Golovkin has boxed Kell Brook in London, the outstanding Roman Gonzalez, the WBC champion at flyweight, will move up in weight to fight Carlos Cuadras, the WBC super-flyweight titlist, at the Forum in Inglewood, California.

Mexico’s Cuadras won his world title in 2014, beating Wisaksil Wangek and has retained it over the course of six subsequent bouts. He has 35 career victories, 27 of those came inside the distance, the only blemish on his record is a draw with Jose Salgado in his first world title defence but, just like “Chocolatito”, he is undefeated.

Nicaragua’s Gonzalez is becoming the star of the lighter weights. Already a three-weight world champion, for many, including Boxing News, he is the best fighter on the planet pound-for-pound. Skillful, he is aggressive in disposition and applies genuine pressure while working at real pace. He’s formed an entertaining double act with Golovkin, boxing on the Kazakh’s undercard for his recent bouts and while not on the same bill next he does compete on the same day as “GGG” and will be broadcast on the same channel in the US, HBO.