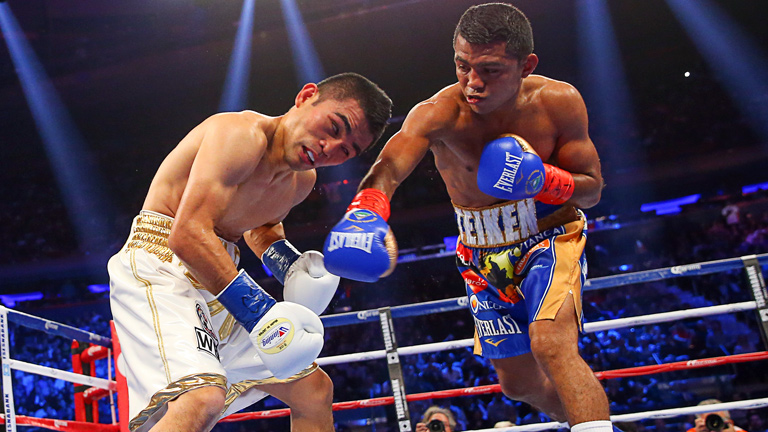 Golovkin defends his WBA, WBC and IBF world middleweight title against Jacobs at Madison Square Garden, with HBO airing the fight on pay-per-view in America.

Boxing News understands that K2 Promotions are working to try and find a way of getting both Gonzalez and Usyk on the show.

‘Chocolatito’ – pound-for-pound the best fighter on the planet – is set to defend his WBC super-flyweight title against Carlos Cuadras in a rematch, with the WBC recently confirming the return will take place in March.

Their first encounter was one of the best fights of 2016 and if their rematch can be added to Golovkin-Jacobs – a first class main event – the card would be shaping into one of the best of 2017.

Talks are still ongoing to finalise a deal for the rematch, which could easily top a bill on its own, as the first fight did.

Usyk fought at the weekend when he stopped Thabiso Mchunu in the maiden defence of the WBO title he won from Krzysztof Glowacki in September.

The unbeaten Ukrainian is the man to beat at cruiserweight and one of the hardest hitters in the game today. K2 hope to keep moving him along quickly in 2017, particuarly in unification fights against the likes of Murat Gassiev and Tony Bellew.

Both Nicaraguan Gonzalez and Usyk are now regulars on televised shows (on HBO), which will see their profiles grow rapidly. Both unbeaten and enormous talents with a propensity for knockouts, 2017 could be a huge year for them if they get the right fights and feature on big cards like Golovkin-Jacobs.