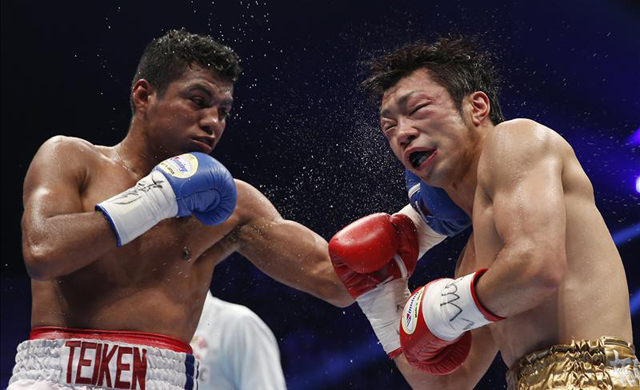 Roman "Chocolatito" Gonzalez is not bothered by Cuadras smack-talk, vows to be ready on September 10th.

The number one pound for pound boxer in the world is moving up in weight to challenge WBC Super Flyweight World Champion Carlos “Principe” Cuadras, (35-0-1, 27 KO’s) for the world title in the division.

Gonzalez first moved his training camp to the San Bernardino mountain gym last summer to prepare for his fight against Brian Viloria. After initially having had a tough time adjusting to the altitude, he stated this week that, for this fight against Cuadras, he feels like he has had the best conditioning of his career.

“I love it up here in Big Bear, training at the home base of Gennady Golovkin,” said Gonzalez. “I would like to train here for all my future fights.” A year later, he now calls the Summit his home.

Up next for “Chocolatito” is a supremely difficult test against the hard-hitting Cuadras, an opponent with a 75% knockout ratio with professional experience fighting as high as junior featherweight.

If he walks away with the victory, he becomes a four-division world champion, something that one of his heroes was never ever to accomplish. “I dedicate this fight to my mentor Alexis Arguello, I know how badly he wanted a fourth divisional championship and I want to do this for him.”

Cuadras held a media workout of his own last week and was all smiles when discussing his upcoming fight with Gonzalez. He even had some choice words for the current best boxer in the world.

When asked what he thought of all the smack talk coming from the champ, “Chocolatito” seemed unbothered. “Yes, Cuadras talks a lot, but I don’t take it personally,” said Gonzalez. “If that’s what he has to do to pump himself up, it’s no problem for me. I’ll be ready to fight on September 10th.”

“Cuadras is an undefeated world champion who I respect greatly,” continued Gonzalez. “It’s a very tough fight for me.”