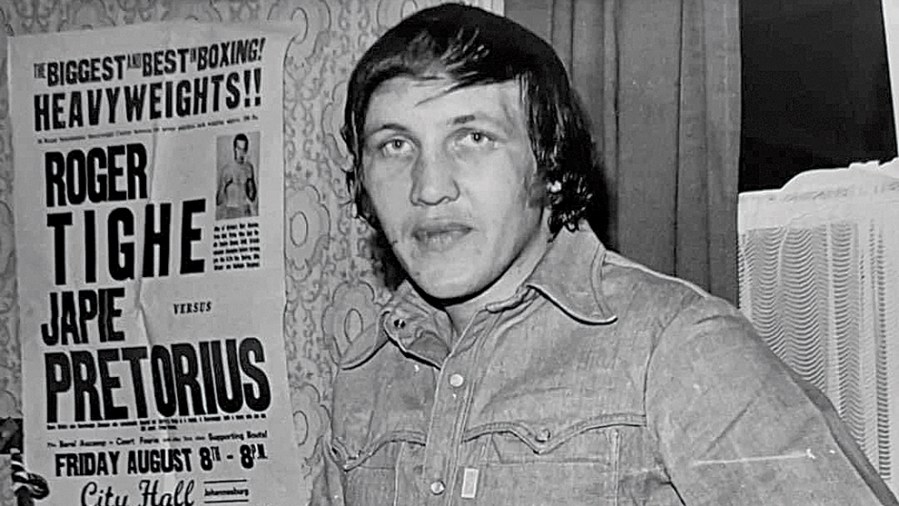 ROGER TIGHE, who died on July 1 aged 77, was a fine amateur who couldn’t reach the same heights as a pro. Southpaw Tighe won the ABA light-heavyweight title in 1966, and was chosen as English team captain for the Commonwealth Games in Jamaica that year. He and light-middleweight Mark Rowe became England’s first gold medallists since 1954. Both turned pro soon afterwards, with Rowe going on to become British and Commonwealth middleweight champion.

Up at heavyweight, and managed by former British and European welter champion Eddie Thomas, Tighe won his first four before forgetting to duck against big-hitting George Dulaire and getting stopped in three rounds. He went unbeaten in his next 10 (one draw), including two points wins over Dulaire, before a trip to Gothenburg ended in a points defeat by Sweden-based American Ray Patterson (who had impressed in visits to Britain with wins over leading British heavies Carl Gizzi and Johnny Prescott). Five more wins, including a sixth-round KO of future British and Commonwealth champion Bunny Johnson and a 10th-round stoppage of Belgian Lion Ven in Ghent, convinced promoter Sid Gould to bring pro boxing back to Tighe’s birthplace, Hull, after an 11-year absence – and Tighe naturally topped the bill, against Leicester’s Rocky Campbell.

But Campbell won clearly on points, with Eddie Thomas telling BN that Tighe had come in too heavy – 14-1 against his best fighting weight of 13-7. He would have been a cruiser by today’s standards.

A trip to South Africa brought a fifth-round stoppage of Jape Pretorius, and Sid Gould put Tighe on in Hull again, this time against former victim Bunny Johnson. The latter had learned from his KO loss, and kept out of the way for the full 10 rounds. Tighe won clearly.

Returning to South Africa, Tighe scored a very creditable draw with prospect Jimmy Richards. But he wouldn’t box again for nearly a year – and when he did it was as “the opponent.”

In a nine-bout spell between 1970 and 1972 Tighe won one win and a draw, the latter against former conqueror Campbell (who had scored a repeat points win in Tighe’s previous bout). He lost to former victim Johnson, future European, Commonwealth and British champion Richard Dunn and future British and European challenger Billy Aird – not taking a round from any of them.

After three years out Tighe came back and had three more bouts – all defeats. In his second bout he lost a fairly close verdict to Peter Freeman, BN reporting that “it was often the 31-year-old Tighe who looked the more impressive.” That earned Tighe a return a few weeks later, for the vacant Central Area title – but after being knocked out in six rounds (his only clean KO defeat, pro or amateur) Tighe announced his retirement.

A skilful boxer and useful puncher, Tighe finished with 21 wins (11 inside-schedule) against 13 losses and three draws.

Like many ex-boxers, Tighe became a publican. In later years he was landlord of the King’s Arms in Bridlington, where his Commonwealth Games gold medal was proudly displayed behind the bar. If his pro exploits couldn’t match his unpaid, he still scored some good wins, met the best in Britain and brought pro boxing back to Hull.

Roger’s funeral takes place at noon on July 22 at Bridlington Prior Church.