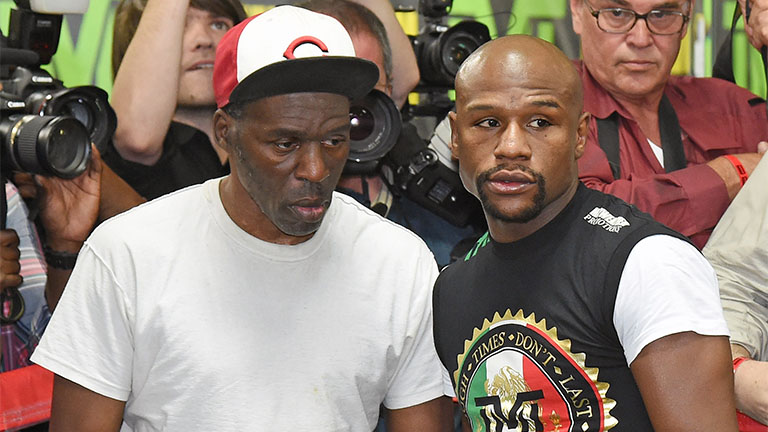 Floyd Mayweather pays tribute to his uncle and trainer Roger

ROGER MAYWEATHER, the uncle and trainer of superstar boxer Floyd Mayweather, has died after a long struggle with diabetes. He was 58 years old.

He was a world champion in his own right. In his boxing career he won the WBA super-featherweight and WBC super-lightweight titles. He fought Julio Cesar Chavez, Pernell Whitaker and Kostya Tszyu in a long 72-bout career. He rose to a new prominence later as his nephew’s coach.

“My uncle was one of the most important people in my life inside and outside of the ring,” said Mayweather, who is still grieving from the loss of his children’s mother Josie Harris.

“Roger was a great champion and one of the best trainers in boxing. Unfortunately, his health was failing him for several years and now he can finally rest in peace. Roger meant the world to me, my father Floyd Senior, my uncle Jeff, our whole family, everyone in and around the Mayweather Boxing Gym and the entire boxing world. It is a terrible loss for all of us.”

“We are thankful for all the love and well-wishes we have already received as word travelled about Roger’s passing,” he continued. “It helps me to see that he was able to touch so many people through his life in boxing, because he gave so much to the sport which was his first and longtime love.”