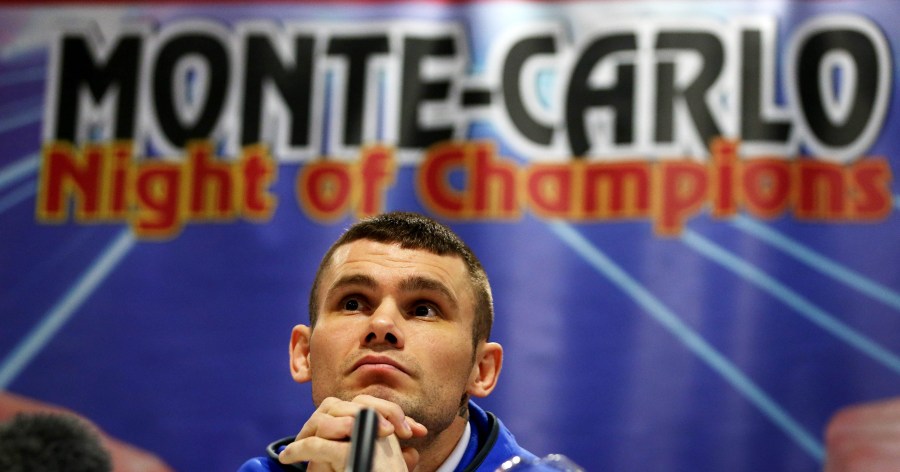 SOUTH AFRICAN promotional consortium Golden Gloves has produced over 50 ‘world’ champions throughout its near 40-year association with the sport and today it is thriving in the glamorous surroundings of Monte Carlo with St Helens’ world title-chasing Martin Murray and Hekkie Budler – Johannesburg’s diminutive WBA strawweight title-holder – bringing the Sweet Science to the principality.

Rodney Berman, the company’s veteran figurehead and visionary, first ventured into professional boxing promotion when the “Silver Assassin” Charlie Weir knocked out Bushy Bester at Wembley Ice Rink in Johannesburg on August 29, 1977, beginning a long and illustrious association with the game.

In 1987, Berman travelled to America to lobby then-IBF President Bobby Lee, and he became the first promoter from South Africa to work with the governing body, leading to names such as Welcome Ncita, Vuyani Bungu, Phillip Holiday, Brian Mitchell and Lehlo Ledwaba holding IBF world titles.

Don King once said of Berman: “Rodney’s pilot light has guided South African boxing to lush and nourishing pastures that have nurtured this nation of boxing-loving people.”

Today, he continues to chase world championship glory for his fighters and Englishman Martin Murray is the latest in a long line of boxers who have benefitted from Berman’s promotional vision, having taken the middleweight contender from the brink of boxing obscurity to the bright lights and glamour of Monaco.

Following two close defeats in world title challenges to Felix Sturm and Sergio Martinez in 2011 and 2013 respectively, Murray easily outclassed Ishmael Tetteh on his debut for Golden Gloves in April of this year and then scored a lopsided decision over former European champion Max Bursak in June to capture the WBC Silver title.

Boxing News caught up with the veteran promoter to discuss his European adventure and the futures of Murray and Budler.

Boxing News: Are you happy with the way your promotions in Monaco have been received by the people of the principality and boxing fans in general?

Rodney Berman: Monaco has exceeded our wildest expectations. It has a special magic and I receive calls all the time from fighters wanting to feature on a card there. We initially had a three-year plan to establish Monte Carlo as one of the boxing capitals of the world, but we have achieved this in a little over a year.

BN: After almost 40 years as a promoter, what are your favourite memories?

RB: My favourite moments in boxing… when Vuyani Bungu caused one of the biggest upsets of the year when he beat Kennedy McKinney for the IBF title in 1994. Sugar Boy Malinga’s victory over Nigel Benn was incredible and “Sugar” Shane Mosley, whom we co-promoted with Cedric Kushner, beating Oscar De La Hoya. And then, what must rank as two of the biggest upsets in the heavyweight division, Corrie Sanders stopping Wladimir Klitschko and Hasim Rahman knocking out Lennox Lewis.

RB: The most refreshing thing is the nostalgia that Monaco brings to a card. Both men and women really dress up to the nines and even Martin Murray commented on how well dressed the ‘Barmy Army’ were when in Monaco!

BN: Speaking of Martin Murray, he seems to be really happy to be boxing again on a regular basis. Are you happy with the way he has performed since joining forces with Golden Gloves in April?

RB: Martin’s rustiness was apparent in April when he boxed in South Africa, but there was a vast improvement against Max Bursak. The reality is that Murray is a world-class act in preparation for a world title opportunity with the WBC, and he will only get better.

BN: You mentioned the WBC, that Murray holds a high ranking with after capturing the organisation’s Silver title. Will you be actively seeking a fight with WBC champion Miguel Cotto?

RB: My understanding is that Cotto will eventually move down to his true weight [154lbs] which would leave the WBC to decide whether to install [Marco Antonio] Rubio as champion or to mandate the No. 1 contender [Murray] to fight Rubio for the title. Either way Murray is assured of a title chance in 2015.

BN: Do you think that Martin’s troubles with obtaining a US Visa will ultimately prevent that fight [with Cotto] from happening?

RB: Unfortunately yes, and this is very sad because Martin has paid his dues and is truly a credit and role model to the sport as well as being a gentleman.

BN: Gennady Golovkin [WBA middleweight champion] is the most feared fighter on the planet at the moment and he cemented that status with a crushing stoppage victory over former world champion Daniel Geale recently. Would you take that fight for Martin if it made financial sense?

RB: We were in fact tentatively offered a fight with Golovkin, possibly in Germany, in the fall. I enjoy a great relationship with Tom Loeffler (K2 promotions), who is one of the gentlemen of boxing, and I have no doubt that Murray would have been handsomely reimbursed. However, as I explained earlier, we will wait for Murray to secure the WBC title and then hopefully look to make a unification bout with Golovkin in the UK.

BN: Firstly Martin faces Italian Domenico Spada on October 25 in defence of his Silver title. How do you rate Spada and will he present any problems for Murray?

RB: The reality of the situation is that we made substantial offers to both Rubio and Sam Soliman [IBF champion] but they both declined the fight. I understand their reasoning because, like everyone, they are standing in a queue waiting for phantom mega fights with Cotto or Golovkin. Spada is hopefully a ‘keep busy’ fight for Martin, pending a world title shot. Having said that, Spada went 10 rounds with Rubio for the Interim WBC title, and lost a decision to Darren Barker who went on to beat Daniel Geale for the IBF title. This will not be an easy fight for Murray despite people knocking the opponent.

BN: Moving on to Hekkie Budler, he scored an exciting KO victory over dangerous veteran Pigmy Kokietgym in June. You must be pleased with the way he is boxing right now?

RB: Hekkie’s progress has been nothing short of spectacular. He started out as a run of the mill champion, but since working with strength and conditioning coach, Colin Nathan, he has become one of the most feared and exciting champions in the strawweight division. I believe other champions will duck him, depriving him of the opportunity he richly deserves, to unify the division.

BN: His win over rival Nkosinathi Joyi last year elevated him to the upper echelons of the 105lbs division with fans hoping a showdown with Katsunari Takayama [IBF champion who meets WBO champion Francisco Rodriguez Jnr on August 9 in a rare unification match] can settle who the divisional No. 1 is. Is that a fight you are trying to secure?

RB: Takayama actually called out Budler some time back. We made him a great offer but as expected, talk is cheap and he opted to take another fight.

BN: Hekkie faces Xiong Zhao Zhong in October. How do you rate the former WBC champion?

RB: From my earlier comments you will realise the difficulty we are having in matching Budler. Even Wanheng Menayothin [35-0 fighter from Thailand] declined to fight Hekkie. So Zhong was chosen strategically, being as he is a former world champion. We are expecting another electrifying display from Hekkie, showing how much more superior he is to a former champion.

BN: As is the case with all of the lower weight classes, strawweight suffers from a lack of fan attention, except from the hardcore, despite delivering exciting contests. Do you think Budler could move up in weight to light-flyweight or are you happy showcasing him at 105lbs?

RB: We will keep Budler at 105. That is his true fighting weight and I have no doubt, just as Michael Carbajal was a superstar in the lower divisions, so will Hekkie with the flamboyance, power and excitement he brings to the ring.

BN: Ali Raymi [unbeaten strawweight from Yemen with a 21-0 record, all by first-round KO) has been very active on Twitter calling out everyone and anyone recently. Most fans view him as nothing more than a side show, but would you consider him a viable opponent for Budler?

RB: We regard Ali Raymi as a joke. His record is totally false; you just need to look at his opponents! He is 40 years old and ranked in the lower 20s of the WBC, whereas Budler is looking for mega fights.