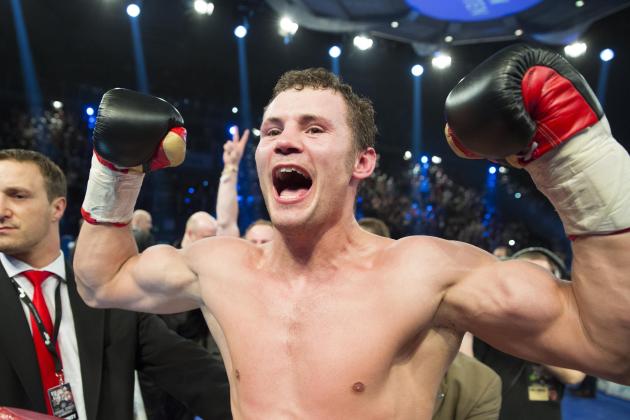 Crossroads clash between former champions should be massive in Germany

IN a bout certain to be huge in Germany, former WBO super-middleweight champion Robert Stieglitz takes on countryman, and former middleweight king, Felix Sturm as the veteran rises in weight.

The showdown – set for 12 rounds – will take place on November 8 at the Porsche-Arena in Stuttgart.

Although the fight will carry huge significance in their homeland, the meeting will be viewed as a ‘crossroads’ bout on the world scene. Sturm, 35, is looking to rebuild after losing his IBF 160lb title to Sam Soliman in May, while his 33-year-old rival continues to chase a shot at his old WBO belt that he lost in March.

“Robert Stieglitz is a strong fighter,” said Sturm. “He especially proved that in his fights against Arthur Abraham. Both of us have the experience of fighting a lot of exciting world title battles. Believe me, this is one heck of a fight for the fans in Germany – and around the world. I’ll have a lot of surprises for Robert! I have great respect for him and this fight means a lot for both of us. But I promise I’ll do everything in my power to leave the ring victorious.”

Stieglitz believes the rise in weight might be too much for Sturm.

“Hello Mr Sturm,” Stieglitz said. “Even if you can add a couple of pounds, you had better wrap up well.”