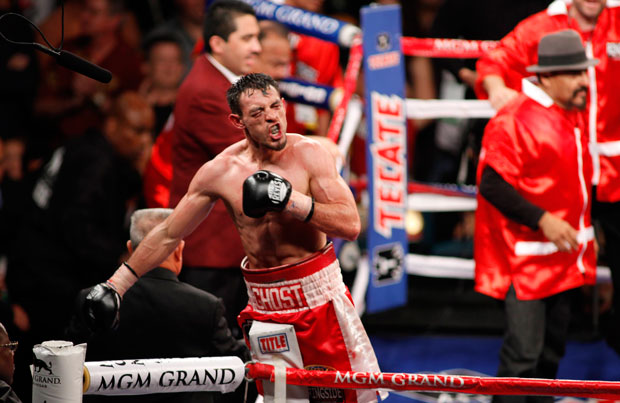 ROBERT GUERRERO reflected on his tantalising war with Yosihiro Kamegai which is a leading contender to become Fight of the Year.

“I hope the fans enjoyed the fight as much as I did,” said Guerrero. “I know I could have made the fight easier by boxing, but then the fans would have not gotten their money’s worth.  I love to fight, it’s in my blood, and it’s what I do…I’m a fighter. One thing you can take to the bank is when you tune into watch me, or pay for a ticket to any of my fights, you’re going to get excitement. There’s nothing better than a toe to toe battle!”

“My name stands for Warrior in Spanish so that’s what I like to do…go to War,” Guerrero continued. “To my future opponents I can’t wait to get in there and bang it out!”

Guerrero rebounded from his one-sided May 2013 loss to Floyd Mayweather to prove he remains among the elite.

In closing Guerrero says, “I love to fight, it’s all about pleasing the fans!”