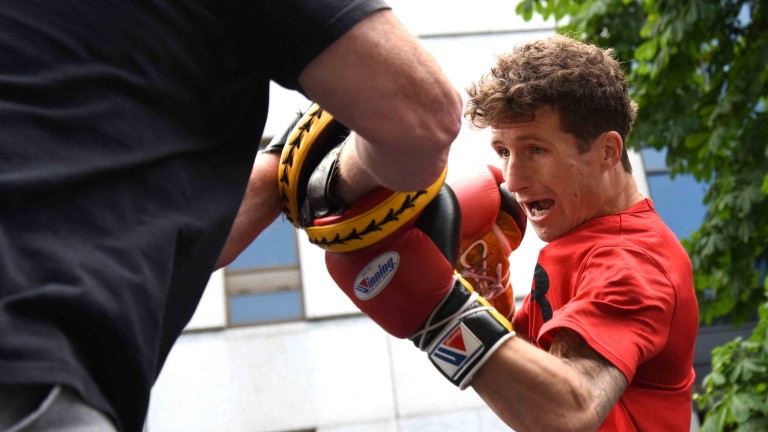 ROBBIE DAVIES JNR’S manager Neil Marsh is confident that a win over Glenn Foot on Saturday for the British and Commonwealth super-lightweight titles will be the breakout fight that the Liverpool fighter needs to announce himself as a potential star.

Davies Jr, 16-1 with 12 stoppages, suffered a difficult defeat last July against unheralded Pole Michal Syrowatka, which he subsequently avenged in March and Marsh believes that with that accomplished his 29-year-old charge will be back on track and ready to push on.

However, Marsh is refusing to look past Foot, who claimed the Commonwealth belt in March against Jason Easton, and will be in his backyard and eager to prove his qualities.

Marsh told Boxing News: “This has all the markings of a great fight and will be Robbie’s breakout fight. We know what Glenn Foot brings to the table and we are confident that this is the perfect opportunity for Robbie to show his skills on the big stage.

“Glenn has dedicated himself to the sport in the last 18 months and I’m fully aware of what he’s about, as he got the better of one my previous fighters when he wasn’t as committed. This is Glenn’s cup final, in front of a big crowd at home, so we have prepared for nothing less than the best Glenn Foot.

“But, Robbie’s best beats Glenn’s best and we are ready for this. It’s been a year when Robbie has had to be patient. His ultimate goal was the rematch with Syrowatka, who we had under contract and tried to cancel a few times. Robbie wanted it and we got it done for him. Now the Board have ordered this fight and he’s with a great promoter on a top platform. It’s been worth the wait.”

Marsh and Davies Jnr hold the British title in high regard and the North West based manager adds that winning the title will be the perfect tribute to Davies Jnr’s father, who represented Great Britain at the Montreal Olympics in 1976 and sadly passed away last year.

Marsh added that he has now seen an extra edge to Davies Jnr since his disappointing defeat and that his recent signing with Eddie Hearn will catapult him onto the big stage, providing he gets past Foot at the Metro Radio Arena live on Sky Sports.

“The British title is one of the greatest titles out there. Winning it for his father will be the perfect tribute and has given Robbie that extra desire to go out there and succeed on Saturday. It puts him back in the mix and now he’s fighting on Sky Sports, he will get that coverage and exposure that Robbie has needed for a while,” he said.

“With my history in boxing, I’ve seen fighters react very differently to defeats and with Robbie he got that burning hunger to put right the wrong and improve every day. He wasn’t 100% right going into that fight and there were some issues outside of the camp, but this time he is in the best shape he can be.

“We have massive confidence that once Robbie gets the win on Saturday, Eddie Hearn will come up with a plan and we have no doubt he will give Robbie the perfect chance at the right time. I’m confident he will fight for a world title very soon, so we will respect the promoter and he will do for us what he has done for so many British fighters in recent years.

“I’m too experienced to look past a domestic fight like Saturday. I’m very realistic and I know it will be a tough night, although I’m very certain that Robbie will do what he has to do to come out on top and leave Newcastle with those belts.”