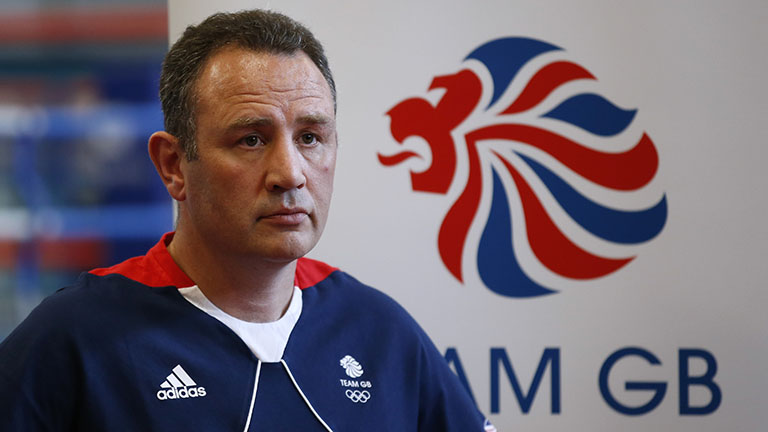 THERE is less than a year to go until the Tokyo Olympics. Concerns that there wouldn’t be a boxing tournament in 2020, with the international federation AIBA facing suspension by the IOC, can be laid to rest. Attention can turn fully to the boxers attempting to reach the Games with qualification events set to take place early next year. Women’s participation at Tokyo 2020 will be increased with more places and two more weight categories, though the men’s event will have fewer divisions and places for athletes.

“Everyone thought [boxing] would be in the Olympics and thankfully it is in the Olympics,” GB performance director Rob McCracken said. “It’ll always be harder when there are less places for the men, it’ll be harder. Men’s boxing has got huge strength in depth and you’ve got lots of good boxers at every weight. It’ll make it tougher for the men to qualify but we’ve expected it and we knew it was coming. We’ve got some really good male boxers on the programme and they’re looking forward to the challenge.”

Major tournaments lie ahead this year. There are women’s European championships, starting this month in Spain, and both men’s and women’s World championships set for Russia in September and October.

“There’s plenty of work to do with some of the men and certainly the women, some of them are relatively in experienced. There’s a lot of work to do. The competition’s really difficult and tough. The Worlds is always tough, as tough as it gets, as everybody knows. I’m confident that by the time we get to the qualifiers and certainly the Olympics, the boxers can achieve what they need to,” McCracken said. “Tough couple of months, three or four months before Christmas for everyone on the programme and the boxers. Hopefully they can get the experience between now and Christmas that will equip them well for the qualifiers.

“There’s plenty of time for people to make that space theirs but there’s a lot of competition here.”

The women’s European championships begin on August 22, so soon after the European Games. GB will be sending Tori Ellis Willets (51kgs), Karris Artingstall (57kgs), Paige Murney (60kgs), Rosie Eccles and Sandy Ryan (both at 69kgs) as well as new middleweight Kerry Davis. “It’s good experience for them, a youngish team, relatively inexperienced, barring Sandy. Lauren [Price] is going to concentrate on the Worlds, she’s just won a gold at the European Games,” McCracken said. “I thought Lauren Price was absolutely brilliant in the European Games. She boxed real good opponents and she carried out the plan. She boxed fantastically well. Hopefully she can inspire some of the girls on the team who are relatively inexperienced to show what hard work, talent and determination can do.”

Despite Nicola Adams hinting on social media that she’d consider a sensational attempt to win a third Olympic gold medal, that appears to be more of a thought experiment at this stage than anything concrete. “She pops in now and again, there’s nothing really in it at the moment. I suppose she’s won two gold medals at the Olympics and she probably thinks maybe… She’s a [professional] world champion, Katie Taylor’s a world champion, Claressa Shields is, I’m sure all three of them look at it and think I wouldn’t mind going back and winning,” McCracken said. “There’s not a lot in it at the moment but we’d always be happy to talk to her because she’s a fantastic boxer.

“Pretty much 99% of the weights here, there’s other boxers in pole position, it’s undoable but an Olympic gold medallist wants to talk about it, you listen.”

His GB squad is shaping up, a cluster of medals at the European Games bodes well for the challenges to come. “The men had a really good tournament, there’s more experience with the men and a couple were really unlucky not to get through to the final,” the performance director said. “Ben [Whittaker] lost a really close one in the final, it could have gone either way. Pat [McCormack] was tremendous winning a gold medal. Luke McCormack, Peter McGrail, Galal Yafai, Chev [Clarke], all did really well to win medals. They know there’s a long way to go, that’s the start of it but at least showed that the potential’s there to qualify next year and hopefully get to the Olympics and contest a medal for all of them.”