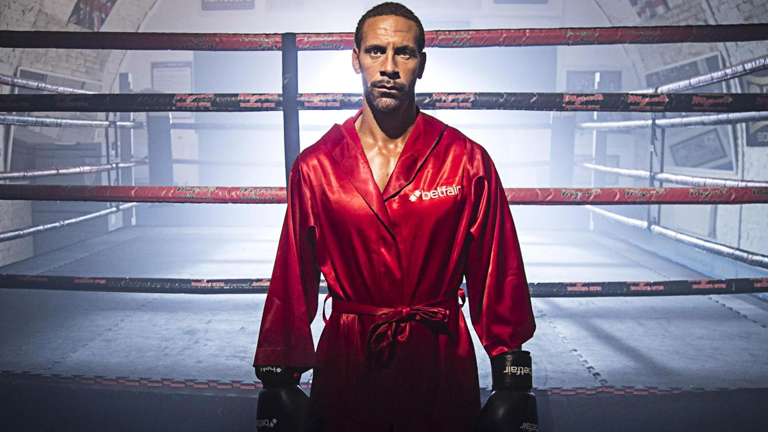 BOXING headlines this week bizarrely shifted from the middleweight mega-fight of the decade to a 38-year-old ex-footballer switching to a career in boxing.

The Champions League winner has linked up with former world super-middleweight champion Richie Woodhall to get himself tuned to a level where he can go before the British Boxing Board of Control to apply for a licence to box professionally.

The BBBofC governs professional boxing in the UK and has strict guidelines in place to minimise the risk to the health of the fighters.

The Board will consider his physical fitness as well as his background in the sport and will have to undergo a special gym assessment to verify that he is good enough to fight professionally.

His path to the pro ranks has been titled ‘Defender to Contender’ and will be followed by a camera crew, backed by BetFair.

The announcement has divided opinion on whether it’s good or bad for the sport so Boxing News Online spoke exclusively to English middleweight champion Joe Mullender to hear his thoughts on the matter:

“I really hope he does well, good luck to him.

“Credit to Rio Ferdinand for trying to become a pro boxer because it takes a set of nuts to get into the ring at any level, whether you’re a professional or amateur, or if its white-collar boxing.

“There’s plenty that will talk it up but never actually get in there, so I admire him for that but I also think that boxing is a sport I love and deserves respect.

“I think you’ve got to have a good enough amateur career behind you first. You’ve got to, at least, do your apprenticeship and have some amateur fights before you consider becoming a professional boxer, otherwise it can be a bit disrespectful to boxing, and dangerous to the fighter, too, for that matter.

“I know he hasn’t got one yet, but how can he expect to walk in and get a pro licence just like that? Because I couldn’t have done that!

“I didn’t start boxing until I was 21, and that’s late! I have to work harder than other boxers to make up for that lost time, but I still won the London Senior ABA Novices and got to the semi-finals of the competition.

“Like I said, I admire Rio, he’s brave for wanting to do this and I want him to do well, but, as a professional, he has to go away and earn his stripes in the amateurs before becoming a pro boxer.”