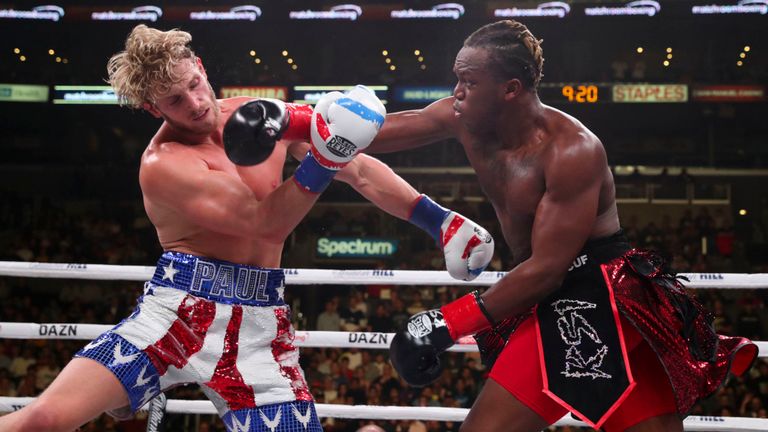 From KSI to Naoya Inoue, Elliot Worsell on the good, the bad and the ugly of boxing in 2019

Naoya Inoue vs. Nonito Donaire on a Thursday afternoon. I think any fight taking place during the afternoon or on a random weekday evening tends to be better than one on a Saturday night (or, worse than that, the early hours of Sunday morning), in much the same way films you watch on flights seem twice as good as they would be if you had watched them at home or in the cinema. Even so, Inoue and Donaire put on a thriller and restored my faith in boxing during a very strange time for the sport.

Terence Crawford. No fighter seems more of a natural to me than Crawford. He does everything so smoothly, so fluidly, and, though shy and understated, possesses an intensity and toughness most loudmouths can only dream of.

Deontay Wilder’s right hand against Luis Ortiz. Wilder is the only current boxer who can get me to set an alarm and wake up in the middle of the night to watch them fight. I did that for his fight against Ortiz and went from being convinced he was going to lose to bowing down in admiration of the man’s power.

I didn’t experience any in person this year, but I did enjoy watching the World Boxing Super Series on TV, especially when the tournament visited the UK. They put on a good show, production-wise, and the fights, because they were meaningful and often thrilling, brought out the best kind of crowds.

I have two. KSI and Logan Paul tried their best and I can’t fault them for effort, but that doesn’t take away from the fact it was an abomination of a professional boxing match, nor compensate for me having had to stay up and watch it. The other is Andy Ruiz vs. Anthony Joshua II. Again, Joshua boxed sensibly, and did everything he needed to do, but, unlike Andy’s stomach, the whole event fell flat.

There were some good fights and standout performances but, in the end, the countless failed drug tests will be my enduring memory of 2019. There were some we could talk about and some we couldn’t talk about. There were even a handful of drug cheats fighting in Saudi Arabia on December 7. Regrettably, these incidents have changed the way I, and presumably many others, watch boxing these days.

The interviews I did with the friends and family of the Smith brothers (Ernie and Billy) were memorable, as was the interview I did with stroke survivor Dan Sarkozi. I also enjoyed speaking to Larry Merchant for a long time on a Sunday evening. The best, though, were the ones I got from a trip to New Jersey in the summer, which included touring the scariest parts of Paterson with George Khalid Jones, bumping into Monte Barrett in Hackensack, and visiting Denise Scottland, widow of the late Beethaeven, and Little Bee, his son, in Maryland.