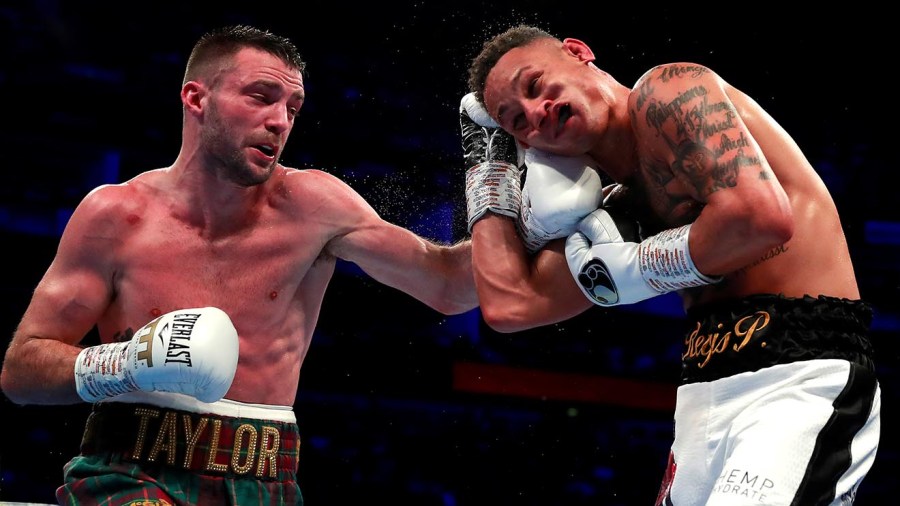 Off TV Josh Taylor versus Regis Prograis – a superb battle and a fitting occasion to mark Taylor becoming a unified super-lightweight champion in just 16 fights. With this performance, after winning his first world title earlier in 2019, Taylor was far ahead of the rest of the field for British fighter of the year. Readers of the magazine will know I’m a great enthusiast for amateur boxing. There have been some great amateur bouts I’ve seen in the UK this year, Mark Dickinson vs Ramtin Musah in the Elite national final a particular stand out.

Vasyl Lomachenko returning to London was a special occasion. He is a master of his trade, superb in almost every department. Luke Campbell was a great challenger for him, competitive within each round. Lomachenko though proved to be adept at knowing exactly how to finish a round, when to turn on the style and make sure the session went his way. He was simply superb.

From ringside seeing Daniel Dubois brutalising Nathan Gorman was astonishing. For me it marked the emergence of Britain’s next star heavyweight. On television the scything shot from Canelo Alvarez that laid low Sergey Kovalev. Although the latter was just past his peak, he had still spent years as one of the world’s most formidable light-heavyweights. For Canelo to rise from middleweight to dispatch him in such style really was an impressive feat.

This year I’ve covered some great events at the O2 in London. But the atmosphere in Newcastle that roared Lewis Ritson on to victory over Robbie Davies sticks in the memory.

There are a lot of bad fights in boxing, too many mismatches, prospects coddled against too easy to beat journeymen but they are what they are. I’m going to say Chris Eubank Junior versus James DeGale was the worst fight I’ve seen this year because I expected so much more from it. I’ve enjoyed watching DeGale box throughout his career, but wear and tear from injuries and hard fights caught up with him, this was DeGale far from his best.

While I wasn’t ringside in Russia to see it, I covered the story in detail. Frazer Clarke was denied a World championships medal when for the first time a new appeals process was used, wrongly in my view, by AIBA to rescore a bout. Memorable for the wrong reasons, a huge shame for Clarke and another worrying development in the beleaguered amateur sport too.

Always fascinating to speak to Bob Arum, a real veteran of the sport (and currently the most powerful man in boxing). Earlier in the year, among other things, he spoke about how he was going to bridge the promotional divide to make the Tyson Fury-Deontay Wilder fight. Lo and behold, that’s exactly what happened.