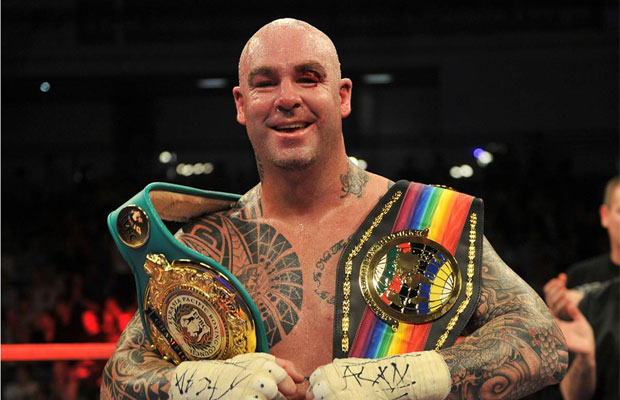 Parker defeated little known American Keith Thompson this weekend and has mentioned a showdown with Browne on numerous occasions.

But as Browne, who holds the Commonwealth, WBC EPBC and WBA Inter-continental crowns, is ranked highly by the three main world governing bodies and seemingly on the verge of a world title shot, the match-up is highly unlikely at present.

“I’ve heard Parker’s team say Lucas is scared of them, which is laughable,” Ricky said.

“Lucas is willing to fight anyone if it makes sense and I think Parker and his team need to be more realistic.

“We’re currently working on possible fights against Ruslan Chagaev, Derek Chisora and Tyson Fury, so why would we put Lucas in with someone who has had only ten fights and isn’t ranked anywhere by the WBC, the WBA or the IBF?

“Lucas is focused on the fighters above him in the ratings, not someone who is just making his name.

“I don’t want to sound like I’m running the guy down because I respect everybody that gets in the ring and I wish him all the best in the future, but right now he’s not even on our radar.

“If Parker is serious about challenging Lucas then he should try to get himself into a mandatory position for one of Lucas’s titles.

“When Lucas wanted to be the Commonwealth champion, he travelled to the other side of the world to box a 6ft 9ins unbeaten fighter, Richard Towers, in an eliminator. Maybe Parker should do something similar.”

Browne recently extended his unbeaten record to 21-0 (18 KOs) with a unanimous decision over tough Ukrainian Andriy Rudenko, who was himself undefeated in 24 contests, in Wolverhampton, England.