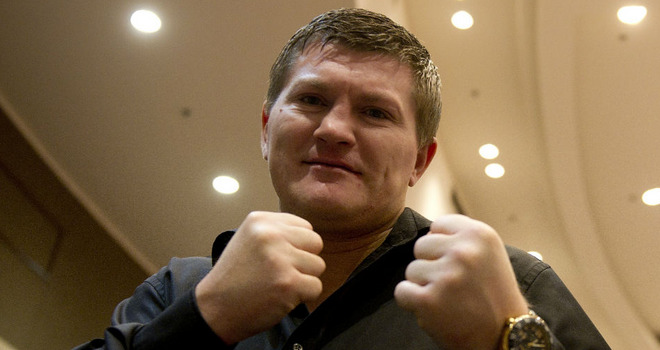 HAVING completed a successful trip to watch one of his Australian boxers chalk up a 10th straight win, Ricky Hatton could be taking a few of his British-based fighters with him next time he heads Down Under.

Hatton saw welterweight Cameron Hammond, ranked 15 by the WBA, chalk up a 10-round points win over Argentine Alfredo Rodolfo Blanco in the New South Wales backwater of Moree.

Discussions involved the possibility of Hatton’s European bantamweight champion Zhanat Zhakiyanov fighting on one of Amatruda’s Melbourne shows, while unbeaten light-middleweight Sergey Rabchenko would be an exciting match for Mundine.

Another of Hatton’s unbeaten fighters, Sydney heavyweight Lucas Browne (20-0), takes on Ukraine’s Andriy Rudenko (24-0) in Wolverhampton on August 1. A natural blockbuster for Browne would be a domestic clash against Leapai, who was blown away by Wladimir Klitschko earlier this year.

There is a chance Hooper could team up with Hatton in Manchester for sparring and even a fight before the end of the year.