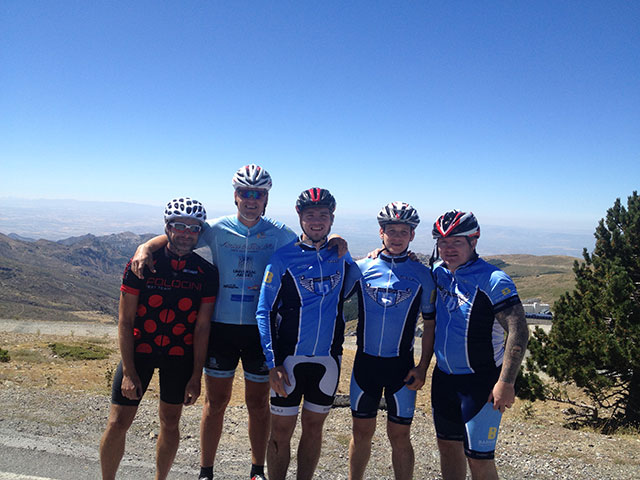 RICKY HATTON says his recent bike ride for the homeless charity Barnabus was one of the most difficult yet rewarding challenges of his life.

The climb takes around four hours to complete and has an elevation of almost 4,000 metres. As donations can still be received until October, Hatton hopes that his endeavours will eventually generate more than £10,000 for the cause.

“I’m very proud to have taken on such a difficult task,” Ricky said. “Most of it was up steep hills so believe me it was hard.

“Obviously it doesn’t eclipse my world title fights, but it’s achievement that’s right up there among my best.

“I want to keep on doing regular events for charity and Barabus in particular, but I don’t fancy cycling up those mountains again!

“I want to thank everyone that has sponsored me as well as the staff at Barnabus and Cycle Division, who kindly gave me a Trigon carbon body bike and showed me how to ride it properly.

“I hope a few more people will donate on my Just Giving page because every penny is appreciated and can help make a difference.”

Ricky was joined on the ride by Hatton Promotions director of boxing Richard Poxon and unbeaten prospects Adam Etches and Scott Jenkins, each of whom were raising money for Sheffield’s Weston Park Hospital Cancer Charity.

The trip was organised and overseen by Polocini Cyling.