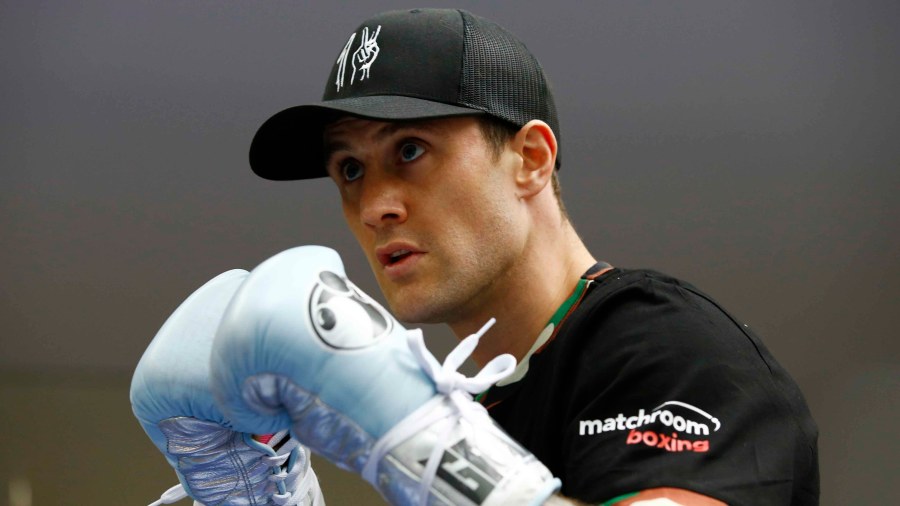 RICKY BURNS intends to show Julius Indongo he is not the retiring type when they clash in their super-lightweight unification fight on Saturday night.

The unbeaten IBF world champion from Namibia is in Glasgow preparing to face WBA holder Burns at the city’s SSE Hydro.

The Coatbridge fighter will turn 34 on Thursday while Indongo turned 34 in February, although he made his professional debut in 2009, eight years after Burns entered the ring for the first time as a pro.

Speaking before a public workout at the St Enoch Centre in Glasgow, when asked how he rated the Scot, Indongo said: “I thought he was retired by now.

“It is an honour to have him in front of me although I never expected it. I heard he was the same age as me, I had heard of him when I was young.”

Burns went through his paces later in St Enoch but, before he did, he told Press Association Sport that Indongo is set to discover that he is still very much a champion.

He said: “He is going to find out the hard way, hopefully.

“It is going to be a good night. Training has gone well. The last week is a pain, with all the things to deal with but roll on fight night.”

Indongo won his belt with a first-round knockout of Russia’s Eduard Troyanovsky in Moscow in December.

However, Burns, making the second defence of the title he picked up last May, played down what was a stunning victory.

He said: “It was the first 30 seconds of the first round, so you can’t really take a lot from it.

“He could have caught that boy cold. It could have happened to anybody. Before that fight he had 20 fights and 10 knockouts. Obviously he can punch a bit. But I don’t think he is this big puncher that he is making out he is but we are going to find out how good he is on Saturday.”