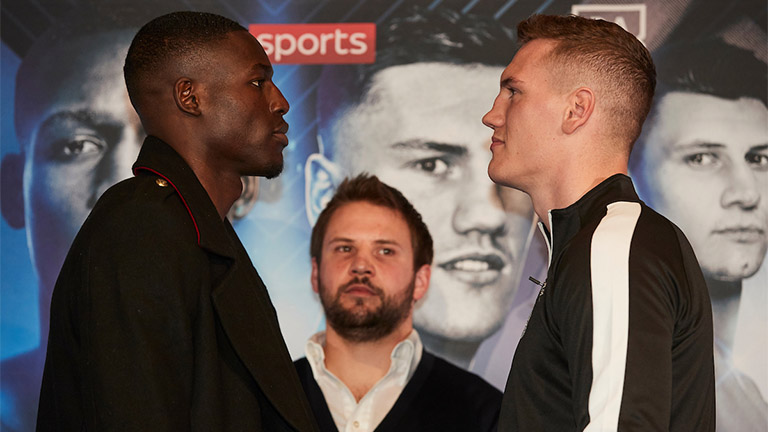 Big-punching Londoner Riakporhe arrives at York Hall with superb momentum having racked up impressive wins over Sam Hyde, Tommy McCarthy and Chris Billam-Smith in his last three outings. And, although Derbyshire’s Massey is not just there to make up the numbers, Riakporhe looks destined for big things. This could be a breakout night for the 29-year-old, who should get the job done in the later rounds. Sky Sports Action (UK) and DAZN (US) televise.

“I’m over the moon to be fighting for the British title at the top of a bill at York Hall,” said Riakporhe. “I’ve been looking forward to this opportunity for a long time and now it’s here I need to grab it with both hands.

“Jack is a decent opponent. I heard that he beat Chris Billam-Smith in the amateurs so he should have a good pedigree. He’s unbeaten in the professional ranks with a strong record so this should be a decent test for me.

“I think Jack will come to fight and he’ll go for it, but I’ll be too strong for him and I’ll have too much will and determination – I’m going to light him up like a Christmas tree. A win here could lead to even bigger opportunities and I know what I have to do.”

“I’m in the best shape of my life and I feel great,” said Massey. “I’ve had a few setbacks recently, but they’ve made me even hungrier for this opportunity. I’ve got to come away with that British title on the night and I’ll give my all for it.

“This has got the makings of a great fight, we’re both big punchers and we both know how to finish a fight. This will be my first time fighting at York Hall so it’s even more special for me. It’s a prestigious place to fight and a prestigious belt to win so there’s a lot on the line – a win would be massive for me.”