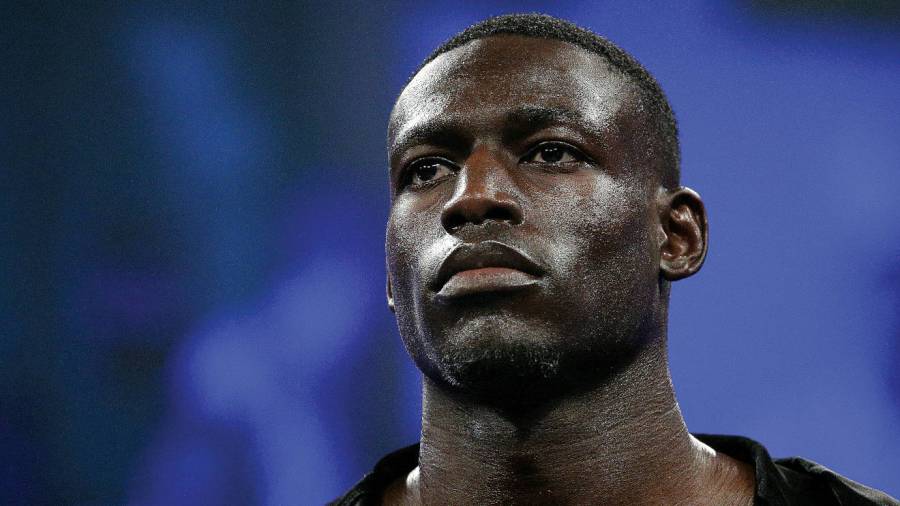 Broadcaster Sky is rebuilding their British offering. Richard Riakporhe wants to become one of their standard bearers

Riakporhe is only 12 bouts into his professional career but that limited number of contests includes a run of wins over Sam Hyde, Tommy McCarthy, Chris Billam-Smith and Jack Massey between 2018 and 2019. It’s a good record. Riakporhe came back this year with an eight-round points win over Krzysztof Twardowski in a tune up in October and in Durodola has the kind of opponent he needs in order to push himself on to world level.

Durodola has eight losses on his 44-fight record but for the most part those have come against the best in the division. However, they tend to stop him. Mairis Briedis halted the Nigerian, who turned pro in the US, in 2016. Maxim Vlasov also forced Durodola out after 10 rounds in 2018. That year he went 10 rounds with Krzysztof Włodarczyk and his most recent defeat came against Ilunga Makabu, currently ranked No.3 in the world, in Kinshasa. Makabu dropped Durodola with a left hook before stopping him in the seventh.

Durodola is ponderous at times, his hand speed slow. But he has power and an engaging willingness to brawl. Thirty-three of his 36 victories have come inside the distance. His biggest win was going to Russia and battering Dmitry Kudryashov to defeat inside two rounds, a loss that Kudryashov would avenge two years later when he stopped Durodola himself.

Riakporhe is faster and sharper. Behind his jab he ought to control Durodola, but the 41-year-old might prove stubborn enough to last the distance.

“I’m out to show that I’m the best 200 pounder in the division. All eyes are on me now. I’ll fight anyone put in front of me and deal with them. I’ve got to deal with Durodola next – he’s a threat, but he’s not blocking my road to the world title,” the Londoner said.

Dan Azeez meets Hosea Burton in an excellent British light-heavyweight title fight. Azeez has worked his way up the domestic ranks. He’s boxed and beaten Charlie Duffield, Lawrence Osueke, Andre Sterling and Ricky Summers, in the process picking up the Southern Area belt and winning and defending the English title. This, the old-school way, is not entirely out of fashion. He’s not always had an easy time of it but has been learning, gaining experience and winning. He comes in with a glossy 14-0 record. This is the next step up for him. But Burton is going to be a very hard man to beat. He is much the more experienced. He first won the British title in 2016 and has only suffered two defeats over the years, against good opposition too. In a thrilling fight Frank Buglioni stopped him, stalling the momentum of Burton’s career, and more recently Riĉards Bolotņiks outpointed him over 10 rounds in Riga.

It’s a hard bout to call, but with the right tempo and workrate Azeez could battle his way to a points victory. “I’ve worked hard climbing up through the domestic rankings to get my shot at the British title and only Hosea Burton stands in my way now. He’s a good boxer and my toughest challenge to date but I’m ready for it and the victory will be all the sweeter after everything I’ve been through,” he promises.

Mikael Lawal had been due to go into an intriguing bout with Steven Ward. But the latter has been forced to withdraw through injury. Italy’s Leonardo Damian Bruzzese comes in to replace him. The Italian is experienced 20-6 (7), but has only fought once in the past three years. Lawal must use his physical strength to overcome him and could do with a stoppage win to impress. “I’ve needed career momentum and Boxxer [the show’s promoter] have given me that now. So my career will go onwards and upwards. Last month was a knockout and I am aiming for the same again on November 20,” Lawal said.

Germaine Brown, the promising unbeaten super-middleweight, is due a run out on the card.

Brothers Hassan and Adam Azim were exciting junior amateur boxers, they’re at the early stages of professional careers and will be on this show. “It’s going to be a big moment walking out into the SSE Arena and starting my pro career,” said Hassan ahead of this, his first pro fightt. “It’s something I’ve dreamed about for a long time and I can’t wait to finally get in the ring and do the business.”

Adam Azim is just one fight into his pro career. He says, “Fighting on Sky Sports and my brother making his pro debut as well is a dream come true. It’s going to be a really big night and we have plenty of our fans coming to see us, so it will be a special night.”

For observers of amateur boxing the professional debut of Caroline Dubois, a Tokyo Olympian and probably Britain’s most successful boxer ever at the junior and youth levels, would have been an exciting moment. She however has had to withdraw from this show due to illness.

The Verdict Riakporhe is the main event but Dan Azeez versus Hosea Burton should steal the show.