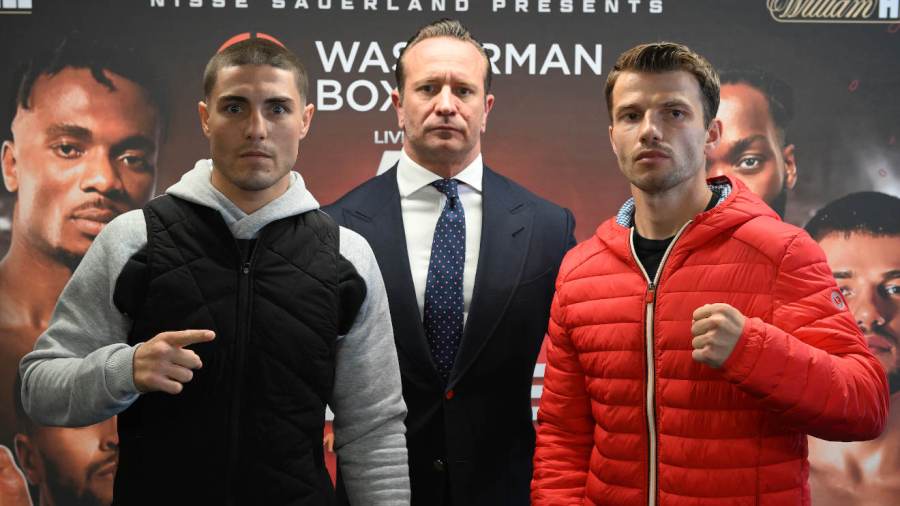 Josh Kelly looks to get back to winning ways while Bentley hopes to rebound himself, writes Matt Bozeat

For Kelly, the 10-rounder against Xhuljo Vrenozi, 18-4 (3), is the 28-year-old’s first outing since he was mauled in six rounds by David Avanesyan in a challenge for the European welterweight championship last February. Kelly had previously been held to a majority draw by Philadelphia southpaw Ray Robinson.

There’s the possibility Kelly was pushed too far too soon. “I was either going to sky rocket or fall at a hurdle,” Kelly admits. The Adam Booth-trained Kelly has world-class skills, but does he have the other ingredients needed to become a world-class professional?

There was talk of matching Kelly with Sam Eggington, but instead, in the first of his five-fight deal with Wasserman, he’s matched with Vrenozi, a 29-year-old from Albania who fights out of Italy.

The bout is billed as a super-welterweight contest. Kelly, who was big at welter, may find he is more effective at 154. There were whispers he was as heavy as 172lbs on the day of the Avanesyan fight.

British fans may remember Vrenozi being stopped in three rounds by Linus Udofia at Wembley Arena last October. Vrenozi showed willing without ever making much of an impression on the Luton boxer.

Vrenozi has boxed once since, outpointing Teodor Nikolov (5-43-4) at the York Hall seven weeks ago. Vrenozi had a good amateur pedigree, representing Albania at the European Junior and World Youth championships, along with the European and World seniors.

He claims 119 wins from 130 amateur bouts and against Udofia, he showed a strong lead hand, but often jumped in with hooks and uppercuts, rather than jabbing his way in.

Udofia timed him with an uppercut to bring about the stoppage and if Vrenozi jumps into Kelly, the outcome is likely to be the same.

Kelly may take a few rounds to find both his timing and his confidence following his first professional defeat.

Though Avanesyan ultimately proved too strong, Kelly had his moments against him. He knocked the rock-chinned Armenian onto his heels with a left hook in the second, made him miss by inches a few times in the third and landed some good shots in the fourth as well.
Kelly was cut over his right eyebrow following a clash of heads – and Avanesyan got on top. Booth threw the towel in after Kelly had been dropped for a second time in round five.

We can’t envisage anything bad happening to Kelly on Friday night. Vrenozi has only scored three stoppages and he’s been stopped three times himself. His come-forward style should suit Kelly, who should win by halfway.

Bentley is a former holder of the belt. His five-month spell as champion was ended by Commonwealth champion Felix Cash (13-0) – massive at 160lbs – last April.

Bentley, from Battersea and based at the Peacock gym in Epping, returned with a three-round stoppage of Sam Evans (10-1-1) and after Cash vacated the British title rather than face his mandatory and Danny Dignum pulled out, Bentley stepped in. This is a good fight. Both are slick boxers who can punch.

Udofia is polished, possibly more textbook than Bentley, who takes more risks defensively and is a sharp counter puncher. The Londoner is quick through the gears when the gaps appear, but sometimes, Bentley only needs one punch.

Udofia regards Bentley’s right-hand counter as his best shot and that was the punch that brought him the vacant British title in November, 2020.
Bentley had fought out a draw with Oldham’s Mark Heffron two months earlier and the return was all over after four rounds.

Heffron had aimed a jab at Bentley’s body in the second and taken a right-hand counter in reply that shut his left eye and forced him to pull out.
The best nights of Udofia’s career have come in English-title fights. He outpointed Black County gatekeeper Tyler Denny (12-1-2) for the vacant belt in November, 2019 and stopped John Harding Jnr (8-1) in nine in his first defence.

Udofia has solid jab, good feet and tight guard and has been sparring Cash, so will have been learning about Bentley from him.

Udofia has been looking good, but hasn’t proved as much as Bentley and for that reason, we go for the South Londoner to win a close one on points.

The Verdict A good Channel 5 bill.