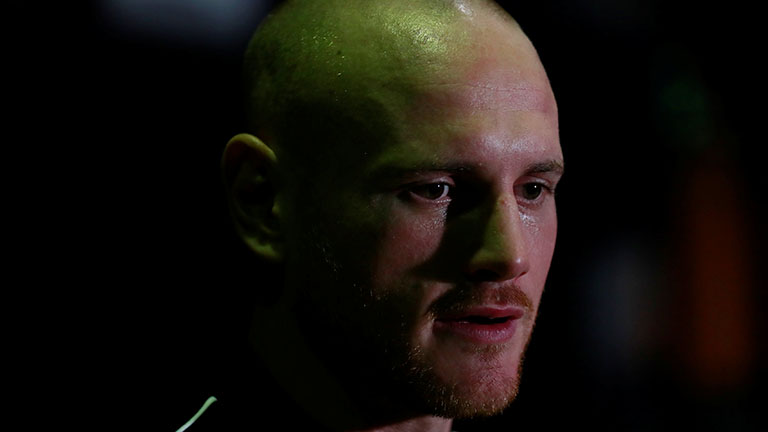 George Groves promises he won't be coming out of retirement. Declan Warrington reports

GEORGE GROVES is relishing the thought of walking into retirement after denying his rival James DeGale a payday that could leave him “demoralised and flattened”.

Groves had long been expected to fight DeGale, whom he outpointed in 2011, in a lucrative rematch should his rival defeat Chris Eubank Jnr next month.

He will instead experiment in motivational speaking, move on to managing fighters through London’s Wasserman agency, and work as a ringside analyst for ITV for what could therefore prove DeGale’s final fight.

Groves was stopped by Callum Smith in September having fought his way to the final of the World Boxing Super Series in Jeddah, Saudi Arabia, surrendering the world title he so memorably won at the fourth attempt, having also headlined in front of a near-80,000-strong crowd at Wembley.

Carl Froch, who he lost to that night, remains critical of him but it is DeGale who has been Groves’ long-term rival, and Groves said: “He has taken the Eubank fight thinking he can fight me next and he can’t, that ship has sailed.

“I’m happy to miss out on the payday, as long as he loses it as well.

“Ideally this flattens him and demoralises him for a couple of weeks, if that was his agenda. James is thick-skinned and has been through as much or more as me. But he’s totally deluded and that helps.

“He still has a job to do and it depends how seriously he takes Eubank Jnr. If he is not focused then he might fall off the rails.”

Groves, who on the whole impressively pursued his career without the guidance of a major promoter, described himself as “fat and out of shape”, but it is the deeper scar of his fight with Eduard Gutknecht, left disabled, that influenced him more than that or his previously dislocated shoulder ever could.

“After that fight I knew my days were numbered and I was going to stay in the sport for as long as was necessary,” he said, amid plans to spend more time with wife Sophie and sons Teddy and Albie. “Straight after that I got the Fedor Chudinov [world title] fight.

“I ticked one box which was to win a world title and the next was to leave the sport with some money. I signed for the tournament and earned good money and that was enough for me.

“Boxing became harder and harder, maybe [through] motivation and balancing my home and gym life. It ran its course.

“I’m not coming out of retirement. Not until 2025 when I’ll come back at heavyweight!”