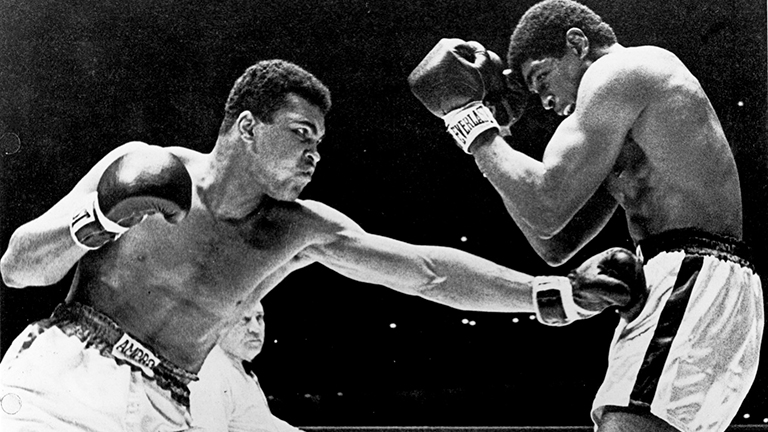 Ernie Terrell may have lost his biggest fight to Muhammad Ali but he stood tall in a golden era, writes Matt Christie

AS 1967 began, world heavyweight champion Muhammad Ali was in the form of his life but two things were threatening his supremacy. One was the Vietnam conflict. His lawyers were fighting hard to save him from military service but it was a costly saga, and one that damaged his standing in the eyes of many in the late 1960s.

The other, more immediate, threat came in the form of 6ft 6ins WBA boss Ernie Terrell. Widely regarded as an imposter to the throne, the Chicago-born giant was an excellent fighter nonetheless. Before he claimed his title – stripped from Ali for fighting Sonny Liston in a rematch – Terrell had earned his stripes, beating the likes of Cleveland Williams, Bob Foster and Zora Folley. And his record in world title fights was none too shabby either with leading contenders Eddie Machen, George Chuvalo and Doug Jones all being outpointed. Put all those names together, and you have one of the most impressive heavyweight records of the 1960s.

But unfortunately for Ernie Terrell, the undefeated 25-year-old – two years removed from answering to Cassius Clay – was a different breed. None of this mattered to Terrell, who had not taken kindly to Ali’s stance on Vietnam, nor his new name.

Terrell, three inches taller, refused to address Muhammad Ali by his name and promised to beat ‘Cassius Clay’ and unify the title.

But Terrell had known his rival f0r a long time. They had spent time together as amateurs, sparred in Angelo Dundee’s gym, and he had always been Cassius Clay. Terrell would later claim he was calling his opponent Clay out of habit, not disrespect.

Whatever the reason, Ali was outraged.

“You will eat those words, letter by letter,” promised Muhammad before their showdown, staged at Houston’s Astrodome. Terrell’s advantages in height and reach persuaded some that the underdog had a chance, but it was no contest at all. For the first eight rounds, Ali dominated from distance, and punished Terrell up close. A stoppage looked imminent such was Muhammad’s supremacy but brave Ernie lasted the full 15 rounds, losing a lopsided decision.

“What is my name?” a maniacal Ali screamed at Terrell in the midst of combat. There was some suggestion that Ali had ‘carried’ Terrell, but neither fighter ever confirmed that occurred.

Terrell fought on until 1973 with mixed results, then found fame in retirement as the lead singer of soul band ‘Ernie Terrell & The Heavyweights’ before returning to boxing as a manager, trainer and promoter in the 1980s. He was involved in the development of world cruiserweight champions Alfonso Ratliff and Lee Roy Murphy, as well as heavyweight contender James “Quick” Tillis.

Unfairly, Terrell – a true gentleman – will always be remembered for his cruel loss to Muhammad Ali, but in one of the greatest eras in world boxing history, big Ernie stood tall.

What happened when Floyd Patterson refused to call Muhammad Ali by his name?