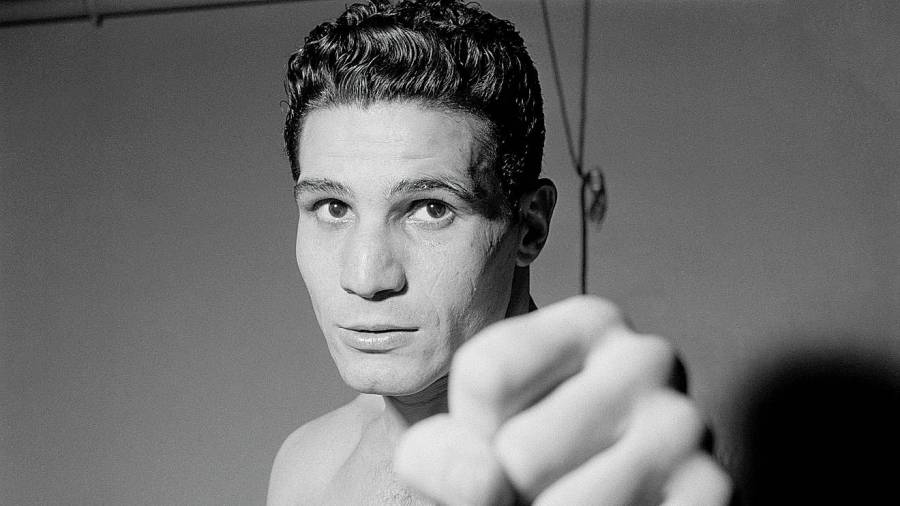 THE RECENT death of Robert Cohen seems to have gone under the radar in the sporting press. This Frenchman won the world bantamweight title in 1954 by beating Chamroem Songkitrat in a hard-fought 15-rounder in Bangkok. Cohen, who died aged 91 on March 2, had a terrific record, only spoiled by defeats in his last three contests between 1955 and 1959.

An Algerian-Jew, Cohen survived persecution under the pro-Nazi Vichy regime in wartime France before becoming that country’s eighth world boxing champion. He will best be remembered by older UK fans for his 1954 victory over John Kelly, which saw him pick up the European bantamweight title just seven months prior to world title victory. Kelly had won 21 contests in a row and he looked to be going places. He had won the European title by beating Scottish hard man Peter Keenan on points at the King’s Hall, Belfast, in a very tight contest. Kelly’s first defence against Cohen ruthlessly exposed his lack of experience and his flaws.

The BN headline, “Cohen annihilated Kelly”, says it all. Reporting that, “This was not a contest so much as a chastisement, and 20,000 pairs of Irish eyes watched in horrified dismay as the Frenchman with destruction in his gloves smashed their idol down once, twice, six times in all before, mercifully, it was all over”. Kelly never recovered from this defeat, losing twice more that year by knockout before retiring three years later at the age of 25.

It was not the first time that British fans had had the opportunity to see Cohen in action. During 1953 he fought twice at Belle Vue, Manchester, earning a sixth-round stoppage victory over Teddy Peckham of Bournemouth and then beating that great little South-African, Jake Tuli, on points in front of a capacity crowd in a 10-rounder. At the time, Cohen was rated the leading contender for the world title and British fans were mightily impressed.

After his victory over Kelly, Cohen stayed in the UK and won two more contests in April 1954, beating both Eddie Carson and Manny Kid Francis easily on points in two entertaining 10-rounders. For his final contest against a British-based boxer, Cohen was matched with Roy Ankrah in Paris in December 1954, three months after he had become world champion. Ankrah, a highly-skilled boxer from Ghana, was a huge favourite in Britain but he came a real cropper against the world champion. He was steadily beaten up before retiring on his stool after the bell had rung for the fourth round. BN reported that Cohen was “faster, far more aggressive and exceptionally fit, the perfect fighting machine”.

During 1955 Cohen became embroiled in boxing politics, almost as bad then as it is today. The National Boxing Association stripped him of his title when he failed to defend it against the Mexican, Raúl Macías, within 90 days. The boxing world was bemused by this decision, none more so than Nat Fleischer who stated that he had written the original contract for the title bout in Bangkok, “and in this it was agreed that the winner would sign for a championship defence and that the signing would take place within 90 days. The signing, not the fight.”

The New York State Athletic Commission stuck with Cohen as champion and the Frenchman defended his title in September 1955 in Johannesburg against Willie Toweel, a member of a terrific fighting family that included brothers Vic, Jimmy and Allan. Cohen dropped his man three times in the second round but had to settle for a draw at the end.

The following year saw the Frenchman lose his world title to the Italian, Mario D’Agata, being stopped on cuts after seven rounds of a close fight in Rome. The gallant little fighter then retired with a record of 36 wins, four losses and three draws in a glittering career and it is sad that his passing was missed by so many.