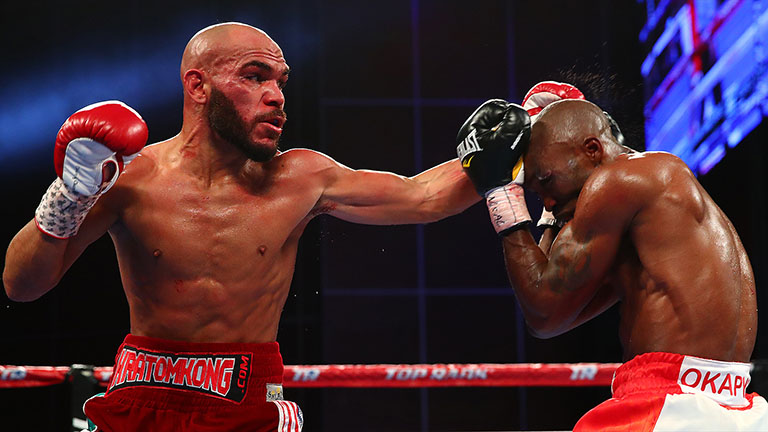 FINALLY Raymundo Beltran has achieved his dream. Enduring the frustrations of three previously failed world title attempts he won the WBO lightweight when he beat Paulus Moses by unanimous decision in Reno on Friday (February 16).

Beltran said, “I have no words. I gave everything I had. I really had to push myself. He is a very experienced and tough fighter. He surprised me with a couple of good punches, but right away I thought about my family and everything I have been throughout my career.

“I gave it my all. I made my career the tough way, and now I’m a champion.”

Undefeated welterweight contender Egidijus ‘The Mean Machine’ Kavaliauskas successfully defended his NABF welterweight title by knocking out David Avanesyan at 1-55 of the sixth round.

Olympic silver medallist Shakur Stevenson dominated Juan Tapia via unanimous decision, saying, “I felt good. I‘m going to keep doing what I’m doing. I felt like I looked like I was supposed to in my first eight round fight. I’m a perfectionist. I’m going to pick it up from here and keep getting better and better.”

Brazil’s Olympic gold medallist, Robson Conceicao got a unanimous decision victory against Ignacio Holguin. He said, “I trained very hard for five months in Brazil and it showed during the fight. I felt very good in this fight. I will keep working hard to keep improving more and more with each fight that passes.”

Heavyweight contender Bryant Jennings beat Akhor Muralimov by technical knockout at 1-12 of the third round. Jennings declared, “I want the big fights. We just have goals. I have a team that’s very committed. We’re ready to take on the best. I just keep getting more comfortable.  With each fight, I’m getting more and more comfortable.”