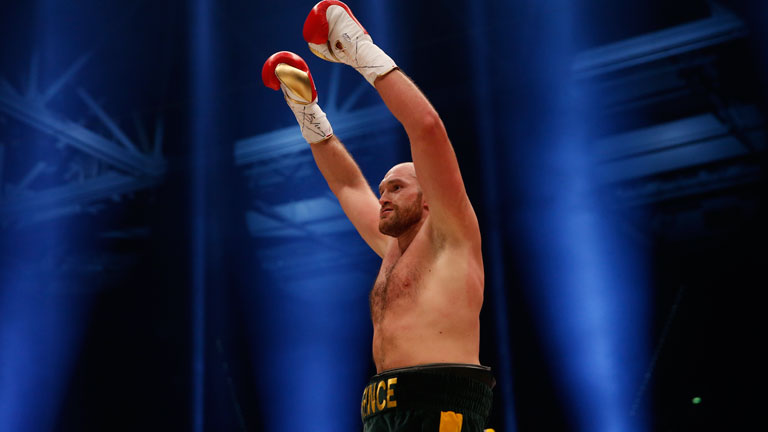 After Pacquiao's retirement, Tyson Fury is now in our pound-for-pound list

Manny Pacquiao, former No 1, announced his retirement after outpointing Timothy Bradley on Saturday, therefore meaning he leaves the rankings. Nicaraguan sensation Roman Gonzalez moves into the No 1 spot ahead of his fight with McWilliams Arroyo on April 23.

Everyone else in the rankings also moves up a spot due to Pacquiao’s retirement, meaning the No 10 position needed to be filled. Enter unbeaten heavyweight king Tyson Fury. When he beat Klitschko in November, the Ukrainian sat in the No 2 spot in our rankings. Fury’s achievement outweighs most other fighters’, such was Klitschko’s dominance. That could all change in their July 9 rematch, however.

Anthony Joshua jettisoned Charles Martin (previously No 9) from the rankings and himself enters at No 7, ahead of Carlos Takam, Bermane Stiverne and Lucas Browne. The new IBF champion is in a blistering run of form and barely broke a sweat when stopping Martin in two rounds. Takam’s and Stiverne’s best wins, over Tony Thompson and Chris Arreola respectively, came in 2014 and since then neither have produced a performance better than Joshua’s.

Gilberto Ramirez leaps into the No 2 position after his convincing points win over Arthur Abraham at the weekend. As he was previously at No 10, everyone else drops down a spot. George Groves (No 6) stopped unranked David Brophy at the weekend, meaning he improved his record but not his standing.

Much like the pound for pound list, Pacquiao’s retirement brings about some significant changes. Previously No 2 ranked Bradley moves into the No 1 spot. Although he is coming off a loss, that reverse came to Pacquiao. Indeed, Bradley’s body of work still outshines that of his 147lb peers.

Everyone else moves up and unbeaten contender Errol Spence moves in at No 10. He faces a stern test in Chris Algieri this weekend.

Lee Selby retained his IBF world title with a handy points win over the petulant Eric Hunter on Saturday. Hunter was unranked, so Selby remains in the No 6 position.

Oscar Valdez made a huge statement by stopping Evgeny Gradovich in four rounds. He takes Gradovich’s No 8 spot, while Evgeny drops to 9.