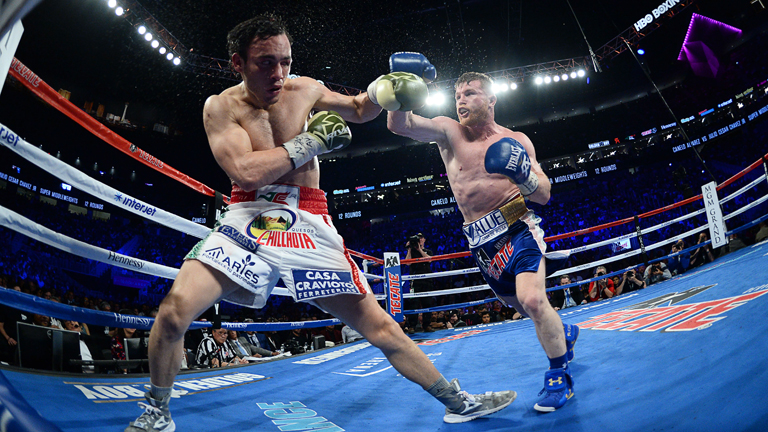 *If a fighter has been inactive for over a year, he will be removed from the rankings, unless he has a fight officially scheduled. Once removed due to inactivity, a fighter cannot be reinstated until he has fought again.

*Each fighter is ranked on the results they have achieved in their own specific weight division (excluding the pound-for-pound list).

*Each fighter is ranked in the weight division in which their most recent significant fight took place. With regards to catchweight fights, common sense will (hopefully) prevail.

Former world title challenger Ilunga Makabu stays at No 9 with a knockout win over unranked Chamunorwa Gonorenda in South Africa, his first  fight since being stopped in three rounds by Tony Bellew for the vacant WBC title in May of last year.

Canelo Alvarez storms in at No 2 after dominating Julio Cesar Chavez Jnr in a catchweight fight. Canelo had previously been ranked at middleweight when he was WBC champion, having defeated Miguel Cotto at another catchweight. More importantly, he has committed his future to the middleweight division by finally signing to fight unified champion Gennady Golovkin. David Lemieux stays where he is with a win over unranked Marcos Reyes.

With previous No 1 Alvarez moving north, Erislandy Lara takes his place at the top of the division and all those ranked below also move up a position. Unbeaten IBF champion Jarrett Hurd enters at No 10.

Frankie Gomez is removed for inactivity. The polarising Adrien Broner – who beat Adrian Granados in his last fight – enters at No 10.

Ismael Barroso is removed for inactivity. Luke Campbell – one of the leading contenders for Jorge Linares’ WBA title – enters at 10.

Ronny Rios and Evgeny Gradovich are both removed after competing in the super-bantamweight division. Joseph Diaz and Claudio Marrero enter at 9 and 10 respectively.

Genesis Servania is removed for inactivity. Nehomar Cermeno enters at No 10.

Jonas Sultan and Gideon Buthelezi switch places after the former gets a solid win. Sultan is now No 9 and Buthelezi No 10.