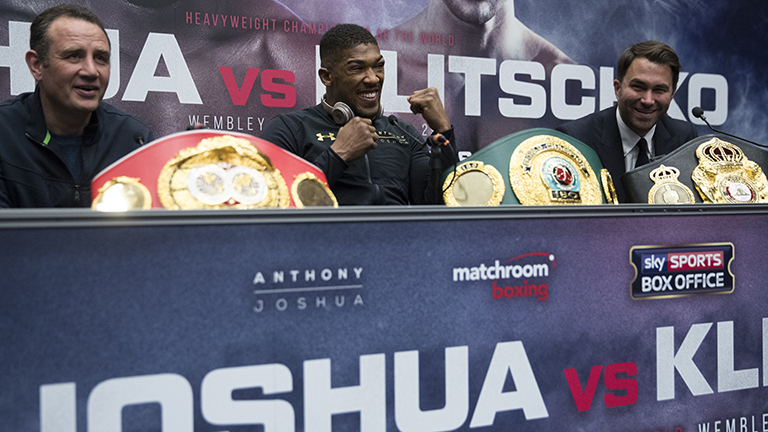 Anthony Joshua earned his place at the top of the heavyweight pile this weekend, but it didn’t come easy. The IBF champion added the WBA belt to his collection by stopping Wladimir Klitschko in the 11th round of what will go down as one of the great heavyweight title fights. Joshua was dropped for the first time in his professional career in the sixth round but managed to recover and produce an emphatic victory. His win eclipses anything Deontay Wilder, the previous No 1, has done so far.

Klitschko re-enters the rankings at No 2 given his incredible showing against Joshua, and his Hall of Fame-worthy body of work. Despite being 41, he proved he is still a force at the top level of the division. He had previously been removed due to inactivity. Tyson Fury – the man who beat Klitschko when he was the man – remains inactive and so is not included in the rankings. Elsewhere, Kubrat Pulev (No 4) earned a win over unranked Kevin Johnson.

Donnie Nietes stays at fifth after a win over unranked Komgrich Nantapech, though he did win the vacant IBF title in the process.