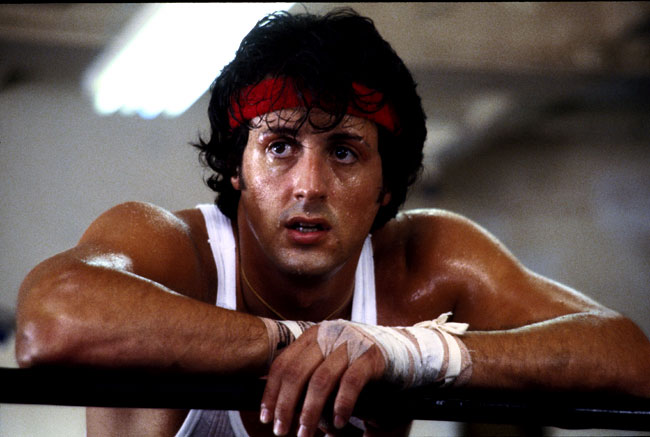 THE pro career of world heavyweight champion Rocky Balboa, also known as The Italian Stallion, was one full of drama and highs and lows and culminated with a points defeat Mason Dixon in 2006.

The Philly legend ended his career with a record of 57-23-1 (54) and won the hearts of fight fans all over the world with his aggressive style and his ability to take one to give one and miraculously rally from the brink of defeat.

To celebrate Balboa, and to inspire you to crack open a Rocky box-set during during this festive period, here are the 10 best, toughest or simply most iconic fights of Balboa’s unbelievable pro career.

The Ultimate Male and The Ultimate Object of Desire was a seven-foot wrestler who ‘fought’ Balboa while raising money for charity. It ended in a one-round draw, and many were disappointed by the spectacle and the motives behind it.

Known as the Clone Ranger or Rocky’s Robot, Gunn sought Balboa out as a trainer, then let stardom get to his head, and eventually ended up scrapping with his old mentor on the streets. As you do.

Rico was a Puerto Rican who boxed on the Philadelphia club scene circa 1976. Featured in Rocky I, he was blitzed by Balboa in round two of a scheduled eight-rounder.

Joe Chan was the best heavyweight contender China had to offer around the time of Rocky III but nowhere near good enough to test a prime Balboa. Two rounds into his title shot, Chan was knocked out by a trademark Balboa hook.

Soto, a Colombian slugger briefly mentioned during Rocky III, was brutally knocked out by Balboa in round six when attempting to snatch The Italian Stallion’s heavyweight crown.

Green won a gold medal for Canada at the Olympics and rose to the number one contender spot as a pro heavyweight. He was defeated by Balboa in round six of their world heavyweight title fight.

Dixon cleared out the heavyweight division in 2006, racking up 33 straight wins and 30 knockouts, yet never got the respect he felt he deserved. Following a video simulation of a bout against Balboa, which saw Dixon come up short, the pair fought for real and the younger man edged the fight, Rocky’s last, on points.

Standing at six-foot-five and weighing 260 pounds, Russia’s Drago was an Olympic gold medallist, an Infantry Captain for the Soviet Army, and the machine-like opponent Balboa stopped in round 15 of a heavyweight title fight.

‘The Southside Slugger’ accumulated a 28-0 pro record before challenging then-champion Balboa in 1983. Although he stopped Rocky in round two, Lang experienced defeat for the first time in the pair’s rematch when Rocky gained revenge in the third.

They started as foes and finished as friends. Creed won the first fight between them, taking a close decision, but Balboa, encouraged by a brave performance, managed to reverse the result in the rematch, stopping Creed in the final round.