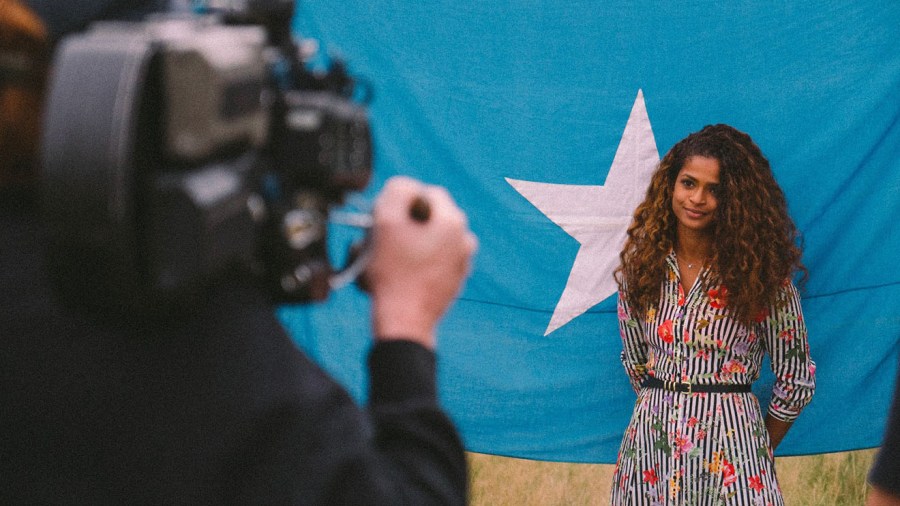 THERE are extraordinary moments in boxing. Yet they can be missed almost entirely. Seeing Ramla Ali in a bout at the TA Centre a few years back left little impression. It was a four-rounder, just one on an all-female card that London Live happened to televise. She boxed, her contest finished and onlookers turned their attention to the next bout on the card. Yet for Ali everything would change.

She had been boxing in secret. She knew her mother would not approve. “My brother, he was doing a bit as well. For me, I had to hide it. So I hid it for a really long time. My parents didn’t know I boxed for a really long time. When I say a really long time, I’m not talking months, I’m talking years, five, maybe even seven years. Every time I had to explains things. ‘What’s happened to you face?’ Oh, I got into a fight at school. ‘Why do you have black eye?’ Oh, I walked into a door. Or I fell down the stairs. The lies kept getting more outrageous and more outrageous as time progressed. It was nuts,” she tells Boxing News.

Her appearance on a local TV channel changed that. “I was on it, they televised it, my brother saw it, he showed it to my mum. My mum saw it, she was furious. She was absolutely furious. ‘What are you doing? You’ve got to stop this’,” Ali recalls. “Obviously I stopped because she told me to stop. But anybody that says they’ve retired from boxing, they’ve never truly retired because the itch always comes back. It was the same for me. I told her I stopped, then I was sneaking off to the gym again. So more secrets.”

But Ali wasn’t only appearing on club shows. She would win the national Elite championships. “I won them in 2016,” Ramla said. “I won the novices in 2015, I’ve won the English Title series in 2016 and then I won the GB championships in 2016 as well.

“A friend of mine said, ‘I think you should tell your mum now that you’ve won the ABAs. You’re now the best in the country. I think she’ll be proud.’ I said, ‘Oh no, my mum will still tell me to stop’.”

Her achievements saw Ali box for England but to pursue her international ambitions she began to consider representing the country where she was born, Somalia. “I did an interview for a Somali news channel, my uncle saw the interview. He called me and he was like, ‘I’ve just seen this interview that you did, I’m so proud of you. It breaks my heart to know that you were doing it all this long… With no family support, I can’t believe you didn’t tell me,’” Ali remembers. “Because he’s one of my favourite uncles but I hadn’t confided anything. He said, ‘don’t worry I’m going to speak to your mum, make sure she’s a bit more supportive. You need that family support.’ After that my mum was more supportive. I think for her, she comes from a generation where your reputation is everything. Does that make sense? So for her knowing that her brothers and the community are all on board, that’s all she wanted to know from the start. Because she’s got that she’s become super-supportive.

“Can you believe I really didn’t want to do this interview for this channel because I thought, ‘imagine someone I know, one of my relatives sees and tells my mum and she’s going to be even more upset’.”

“She’s still scared that I box. ‘I don’t want you to get hurt.’ She won’t watch any of it. She is really supportive. The other day I did a Box Cup in Denmark, the first time I ever spoke to her about competing,” Ramla continues. “She was like alright then, good luck. The first time I’ve ever spoken to her about it. On the finals on the Sunday, she called me and she said, ‘How did it go?’

“I won and she said, ‘Oh my God, I’m so proud, I stayed up all night praying that you wouldn’t get hurt.’

Her family had much to overcome even to reach the UK. Ali was born in Somalia. “I came here when I was really, really young. I don’t remember how old because I don’t really know [exactly] how old I am,” she said. “At the time I was born the civil war was going on. Because of everything that was surrounding the country, there was little focus on records and things like that… I know that I came here pretty young. We left the country because my eldest brother at the time, who was between nine and 12, he died because someone had thrown a grenade into our front garden as we were playing outside. He was unlucky to have been hit by it.

“I don’t remember. But my mum tells us all the stories. Every time it comes up to around the time it happened, she always remembers and tells us stories. Most of the hospital was blown down anyway, so when it happened my dad and one of my uncles had to carry him in a wheelbarrow because we didn’t have a car, for miles and miles trying to get him some medical attention. But he died along the way.

“That’s when my mum said, ‘I don’t want this life for my kids, we need to leave, we need to find safety.’ So we got on a boat, a boat that was supposed to occupy 200 people but 400 people got on, because everyone was scared and everyone wanted to leave.

“So a lot of people, a lot of my family members died along the way as well. Then we got to Kenya and from Kenya we came to the UK. It’s a bit of a mad life I’ve got. But we finally came here and we finally were safe.

“It was really hard for my elder sister who was a teenager at the time having to leave everything she knew and grew up with, having to make new friends and start a whole new life here. It was harder for her, for me I was too young to remember.”

‘My brother died when someone threw a grenade into our garden’

Growing up in London, boxing became a solace for her. “I got into it because I was bullied quite a bit for being overweight, I was quite a chubby kid. For me to gain a bit of confidence my mum got me a membership to a local leisure centre,” Ali says. “I got bored, started going to classes, from there I went to a boxercise class. It wasn’t like anything I’d ever done before. It was once a week which wasn’t enough. I researched on the internet local boxing gyms in my area and I found one. It was literally from there and I was just hooked.”

She was successful and got her first exposure to international boxing at the 2016 European championships. “You need to share a ring with all these experienced girls, you just need to keep doing it. No one can expect you to do amazingly well the first time you do it. But the more you do it, the more experience you’ll gain and then maybe next time or the time after that you’ll medal,” she says. “It was great, a great experience. I knew from then that I really wanted to do more. It was a shame that I couldn’t do it for England or GB.”

But rather than give up, she became Somalia’s first ever boxer. “I hadn’t really heard anything from England for a long time. I didn’t feel like I was progressing, if that makes sense. I really love doing all the international stuff, the level of competition is so [high].

“That’s what I wanted to do and I knew that taking the Somali route meant that I could,” she says.

Given that the country had never had a boxer before, they didn’t have an international federation. That needed to be set up. With the help of her trainer Richard Moore, they did just that.

“I had to start speaking to some important people in Somalia. It was a bit long because I had to get my passport. I had to register myself with AIBA, then I had to talk to England to let them know I was switching countries. It was a process. It’s all come together, which is good,” she said.

In September she boxed in a tournament in Turkey, the first time an international boxer has represented Somalia. “The first boxer from Somalia. It’s nuts. It might be strange or awkward to bump into people you used to train alongside or compete alongside. I think you’ve got to look at the bigger picture, everyone’s saying to me you’ve become a bit of a role model for Somalis. It’s not a country that is rich in sport, because of how bad it is within the country. So to inspire other people to take up sport that’s the bigger picture and that’s what I’m hoping to do,” Ali explains.

Remarkably too she did it with sponsorship from Nike. “You never know who you’re going to meet. I was invited down to give a talk about women in sport and inspirational women in sport to schoolgirls,” Ramla says. “I was telling them the exact story I’m telling you, about Somalia, about being overweight, getting into boxing.

“There were some Nike execs sitting there. They loved hearing the story, they loved the fact that I wanted to hopefully try and compete for Somalia, they just absolutely loved it. They said, ‘Oh we love the underdog.’ They asked how can we help?”

“If it wasn’t for them, I wouldn’t be going to Turkey,” she adds. “I’m hoping to do the World championships as well.”

Is the goal to become Somalia’s first Olympic boxer?

“I think that’s everyone’s dream. If anyone tells you different, they’re lying,” she notes.

But Ali says, “To do what I love doing, ultimately that’s what I want and if it leads to that, to the greatest stage of all, then that’s absolutely amazing. But just take every day as it comes.”