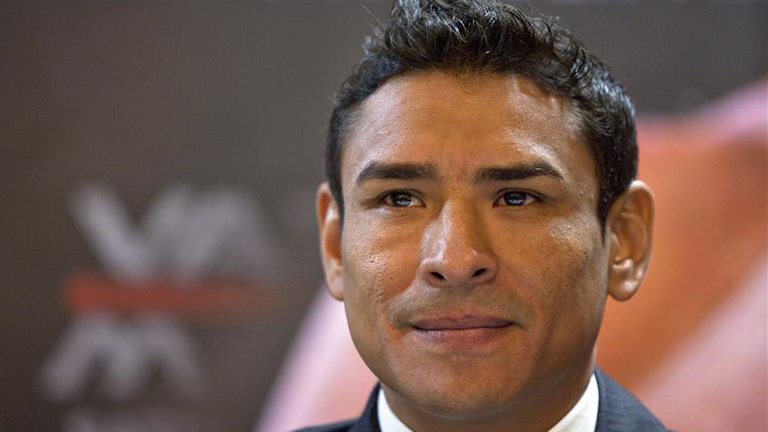 James Slater speaks to Rafael Marquez about his remarkable career

HENRY ARMSTRONG aside, Mexican great Rafael Marquez has to rank as one of the finest fighters to have famously lost their pro debut – by stoppage, at that. Marquez, who went in with countryman and former WBC bantamweight champ Victor Rabanales in September of 1995, did his best yet was stopped in the eighth round. Six months later, the 20-year-old “re-debuted,” and Marquez, matched far more sensibly and realistically, worked his way up the bantamweight rankings.

Today, having retired in 2013 with a 41-9 (37) record, Marquez looks back on a career that saw him capture the IBF bantamweight crown and the WBC super-bantamweight title with satisfaction. Most famous for his classic rivalry with Israel Vazquez, with the first of these three wars being recognised as epic encounters, Marquez is thankful he got out of his chosen sport with his health intact.

Very kindly speaking with Boxing News this week, the former two-weight ruler had the following things to say:

Q: How hard was it fighting a former world champion in your very first pro fight, with Victor Rabanales being 39-14-2 at the time?

“Yes, the fight with Rabanales was very tough for me,” Marquez says in broken English.

“I was just an amateur, he had over 50 pro fights. But nobody wanted to fight him at that time and one day Nacho [Beristain] came and said I was fighting him, that the fight would lift me up [reputation and ranking-wise], I said okay and twenty days later we had the fight.”

Q: You fought so many fine fighters in your career, who do you rank as the best you faced?

“There were several great fighters I fought that stand out; Mark Johnson, who I faced twice, Tim Austin (the fight that saw Marquez win the IBF bantamweight title), Mauricio Pastrana, who I fought twice, and of course Israel Vazquez. All these fights were difficult, especially three of the four fights I had with Magnifico Vazquez. But I always entered a fight being 100-percent ready to fight. I always had great preparation for my fights. This helped make the fights I had become not impossible, just very difficult. It meant a lot becoming world champion, but mostly I am proud of what I did for my family.”

Q: Who were your boxing heroes/influences as a youngster?

Q: You became champion at bantam and super-bantamweight, at which weight were you at your best?

“I do think I was too light for some of those [bantamweight] fights. I wonder what would have happened if I had moved up [to super-bantam] sooner than I did.”

Q: Is that a regret you have? Do you have any regrets regarding your career?

“No. I have no regrets over my career. To the contrary, I am very thankful to the sport of boxing, it taught me many things and helped me as a human being. I would like to help young fighters and I want to pass on what my father taught me. I am in the gym with young people, passing on what I have been taught.”

Q: The Vazquez fights were truly great, and they were real wars. What are your memories of those battles?

“Yes they were very tough, but as I say, not impossible [to win]. Two of these fights were very seriously hard, and sadly Vazquez ended up losing an eye because of the [punishment he took in the] final two fights we had. I thank God I am in good health. It was very difficult for me to retire when I did, but I do not know what might have happened if I had had one more fight. My health is the most valuable thing to me. My life is good and I am grateful.”