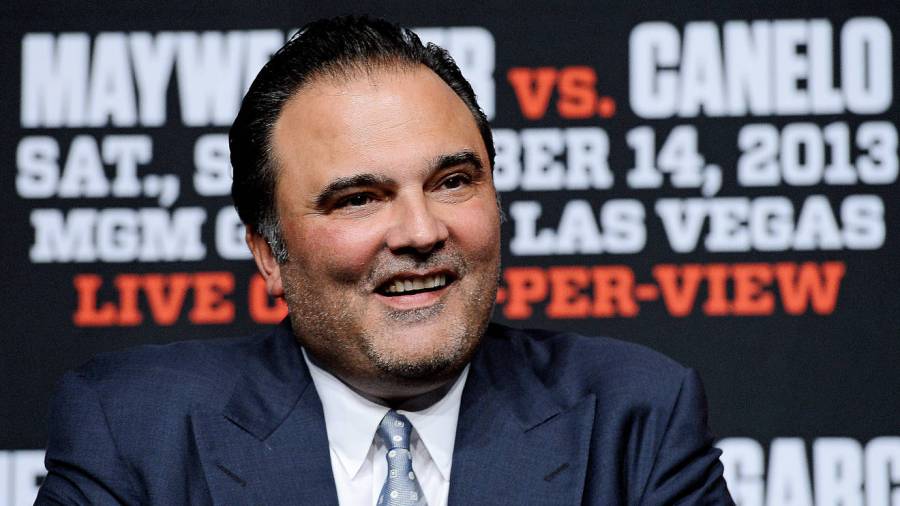 PROBELLUM only came into existence in September. But the new promotional outfit is making rapid strides into boxing. Their first show takes place on December 11 in Dubai, featuring Sunny Edwards and Paul Butler in fights for sanctioning body belts. Then on December 18 at the Rainton Meadows Arena, Probellum will hold their first UK show, featuring Ricky Burns and North East boxers like Lewis Ritson, Thomas Patrick Ward and hot prospect Mark Dickinson. It’s a striking entrance into the sport.

Integral to the organisation is a familiar boxing figure, Richard Schaefer, once of Golden Boy, then Ringstar and now the Probellum president. “Ringstar was sort of a placeholder, I was waiting for the right opportunity, a much bigger play, where I can really be re-energised and really do again what we’ve done before on an even higher level,” he told Boxing News. “I refer to Golden Boy, that I can take that and build a promotional company that is really the way a promotional entity should feel like in this 21st century. That’s what I was looking for.”

He has taken on a valuable lesson from his past though. Golden Boy, during his time there tended to work alone, and famously did not co-operate with their great American rival Top Rank. “It was not okay for the sport. It was okay from a bottomline point of view, we were perfectly doing well, just playing in our own sandbox. But from a sport point of view and from an athlete point of view, it really wasn’t and that’s what I learned,” Schaefer said.

Probellum will have a wholly different ethos. “It was really coming from the chairman of the board of Probellum, Ali Shams Pour, and Harrison Whitman, our chief strategist and legal mind behind Probellum, to really have an open platform. What that means is we want to work with everybody. We want to work with every network. It’s the way the sport needs to go and if we move away from just focusing on our own platform and our own promotional entity, but really try to work with everybody and create alliances and co-promotional agreements, I think there are enough fights. There’s enough fighters to really keep every network and every promoter happy and most importantly keep the fight fans happy and ultimately the fighters,” he explained. “I want to be able to work with everybody and really be positive. That’s really my mission and the mission of Probellum.”

Already they have plenty of MTK fighters scheduled to box on their shows. “If MTK has fighters who sort of like excite me, and we excite them and we see that, hey, working together on this particular fighter is going to be good, then absolutely. I love to work with them, I love to work with any manager. This is like an open architecture, an open structure,” he said.

In the UK, with Lee McGregor, they’ll be working with promoter Eddie Hearn and Schaefer intends to work with Frank Warren too. “We’d like to work with any and everybody who has talent which we feel fits in with the strategy we have at Probellum. These are not just words, we’re really going to work with everybody,” Schaefer said. “We are going to build bridges, we are not going to divide and we are putting our money where our mouth is. We are investing in these markets.

Their plan, as well as working with existing broadcasters, is to have their own digital platform that can screen certain fights and would be free to view as well. “[This] is currently being built by Eric Winter, our chief operating officer who is the architect behind the UFC Fight Pass as well,” Schaefer explains. “So he’s building our Probellum digital platform. But the idea is not to compete with any streaming service or TV network, it’s more like an add on, [so] if there are fights which can’t be shown anywhere else that fight fans can go on there and they can watch those fights. Let’s say if our partner in Ghana does some fights and hardcore fight fans would like to see them, that they can go to our site and watch them. That’s more of an extension of the Probellum brand. It is a media company as well, we want to create original content as well.”

The USA and Britain are natural targets but Schaefer intends to operate in other, arguably under-served boxing markets too, countries where they could help to bring up the level of production of existing promotions there and find boxers who could develop an international audience too in territories where their fights wouldn’t otherwise be screened. They’re partnering with organisations in places like Mexico, Puerto Rico, Latvia, Ghana and the Philippines. “These markets have been a bit neglected. What we want to do is we want to reinvest in these markets,” Schaefer said. “We have 14 or 15 partners now around the world so we’re really embracing the world.

“We bring money, we bring infrastructure and resources, and we want to help them build their business and build their fighters. So the reception of the fight promoters around the world has been unbelievable.

“There’s a lot of people who actually wanted to invest in Probellum but our financing is concluded,” he added. “Our current shareholder structure is such that we don’t really need any additional money, we have enough to really build this into a major player in the sport.

“At Golden Boy we did a lot of things right and I think that allowed us in such a short period of time to become the leading boxing promotion platform.

“I think here we can do the same again just at a totally different level, at a higher level, and most importantly at a global level.”