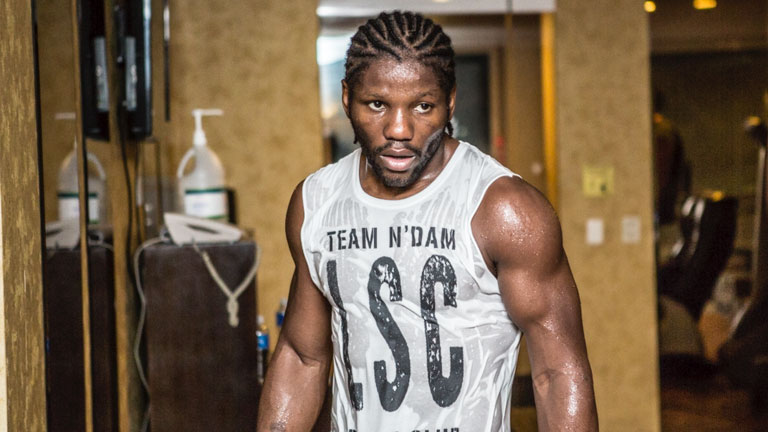 THE last qualification event for the Olympic Games in August gets underway in Vargas, Venezuela on Monday (July 3). This tournament, for the last 26 places at Rio 2016, is only open to boxers who have competed in the World Series of Boxing, AIBA Pro Boxing and, after AIBA introduced a new ruling in June, fighters from traditional professional boxing.

Thailand and Cameroon are among the countries that have taken the opportunity to enter pro fighters. Hassan N’Dam N’Jikam, who has fought for professional world titles twice before, will enter the qualifier for Cameroon. N’Jikam was an interim champion with both the WBO and WBA, fought Peter Quillin for the WBO middleweight crown and more recently battled David Lemieux for the IBF middleweight title. Based in France now, N’jikam has boxed for Cameroon in an Olympic Games before, all the way back in 2004 when he beat Ireland’s Andy Lee but lost to Russia’s Gaydarbek Gaydarbekov.

Though fighting professional as a middleweight, he’ll move up to light-heavyweight, 81kgs, to attempt to qualify for Rio 2016. Unlike the pros, in which they weigh in the day before one off bouts, in Olympic boxing the athletes have to make weight every day throughout a long tournament, weighing in on the same day as each of their contests.

Amnat Ruenroeng is a former professional world champion, who defeated Zou Shiming and recently lost by knockout to John Riel Casimero in China. He is moving all the way up from flyweight to lightweight, 60kgs, to try his luck and qualify for Rio for Thailand.

They will need to finish in the top three at this tournament in Venezuela to win an Olympic place.

Ireland’s Ray Moylette, a gifted light-welterweight, is mounting a final attempt to qualify for the Olympics. He became eligible for this tournament by boxing in the APB (AIBA Pro Boxing) twice this year.