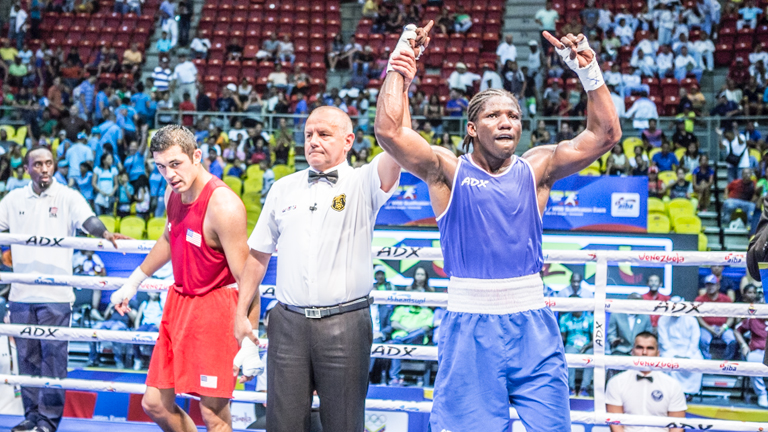 He eliminated US light-heavyweight Jonathan Esquivel from the Olympic qualification event in Vargas, Venezuela winning a unanimous decision on July 5. Esquivel has boxed twice in the World Series of Boxing, winning both of those contests. The USA has already qualified eight boxers for Rio 2016.

If Njikam wins his semi-final today against Ukraine’s Denys Solonenko he will qualify for the Olympic Games.

Russia will not have a super-heavyweight at the Olympic Games after Magomed Omarov lost a unanimous decision, 30-27 for all three judges to Ukraine’s Rostyslav Arkhypenko.