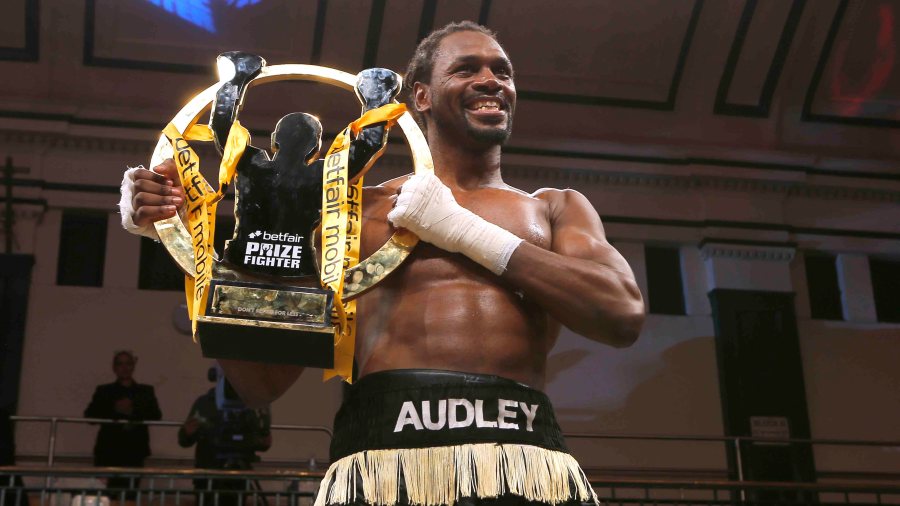 The story of Prizefighter, its origins, its success and its goodbye

EDDIE HEARN admits we are unlikely to see another Prizefighter, but without it, he may not be where he is now.

“I was doing the golf and online poker for Matchroom,” he remembered, “and Audley Harrison was at my table at the World Series of Poker in Las Vegas.

“He asked me to get him a six-rounder, but I talked him into Prizefighter.

“I told him if he won that, then he could fight for the European title and David Haye for the world title. I just made it up, I didn’t really know what I was doing, but everything I promised I delivered and I learned a lot along the way.”

Hearn remains a fan of Prizefighter – “It’s great entertainment and makes us a lot of money” – but says that with only 20 shows scheduled annually on his Sky Sports contract, there may not be room for any more.

Boxing was very different when Prizefighter came along more than eight years ago.

“The office was very busy with lots of sports doing well, apart from the boxing,” said John McDonald, the promoter’s Master of Ceremonies for more than two decades.

“I remember getting a memo from [Head of Boxing] John [Wischhusen] saying: ‘We need to do something and we need to do it quick. Barry wants to do this Prizefighter competition’.”

The idea of an eight-man tournament wasn’t entirely original – Jack Solomons ran similar events decades earlier – and for modern audiences, Prizefighter was a perfect introduction to boxing. It really was a stroke of genius.

Short of headline fighters, Matchroom found a way to increase viewing figures and fill venues without them.

“UFC was considered a threat to boxing, we needed something different and Prizefighter was an exciting new concept that fans got into.

“It was a real positive for British boxing. Some were better than others, but there were some great nights.”

For Smith, the great nights include the ferocious Martin Murray-Cello Renda middleweight final, and the first of the 35 Prizefighters in April 2008.

The new tournament was launched at a sold-out York Hall with a fight between ex-soldier Dave Ferguson and bin man Billy Bessey – and within a few seconds of the opening bell, Bessey was on the floor. Ferguson went on to win on points, then bowed out in the semi-finals to a 37-year-old taxi driver from Belfast.

“Martin Rogan was going nowhere,” said McDonald. “He couldn’t get a fight. I told him: ‘If you win a three-round fight, then it’s another three rounds and then another– and if you win them all, you get £25,000.’ He said: ‘That’s more money than I’ve earned in my whole career’.”

Rogan willed himself on to win the top prize with victory over favourite David Dolan in the final – and the British Boxing Board of Control handed the heroes of the first Prizefighter a Sportsmanship award.

“There wasn’t any bad blood between us,” said Paul Butlin, outpointed in the semi finals by Dolan after upsetting fancied Colin Kenna.

“We all ate breakfast together in the morning – and beat each other up later that night! We had all been fighting for a few hundred quid on small-hall shows, then all of a sudden, people were chucking money at us, we were staying in nice hotels and we were on television.

“With Prizefighter it felt like everyone had a chance.”

Smith regards Prizefighter as “great for young prospects looking to break through and learn about the business and older fighters looking for a way back”.

Martin Murray, Terry Flanagan, Sam Eggington and Willie Casey all introduced themselves to a wider audience in Prizefighter, along with Robert Lloyd-Taylor, a 31-year-old heating engineer from Northolt.

Lloyd-Taylor and Nathan Weise were the reserves for the super-welterweight event in September, 2011.

“About 15-20 minutes before the show started, they came into the changing room and told us JJ Bird had fainted,” said Lloyd-Taylor. “They tossed a coin [to decide who would replace Bird] and I won.”

Next, Lloyd-Taylor had to find a corner man.

“I was going to pull out with about three weeks to go because I didn’t have a trainer,” he said.

“I messaged Adam Booth and he said he could help me out. He got me sparring George Groves and Chris Eubank Jnr and it was all geared up to Prizefighter. I would spar three rounds, then take a break.

“But Adam couldn’t make it on the night because he was ill.”

With Johnny Eames in his corner, Lloyd-Taylor boxed his way to the trophy and told Sky Sports afterwards: “All I got out of boxing before tonight was a crooked nose.”

Sam Couzens was also slogging around the small halls – until Prizefighter handed him the chance to win £32,000 with one punch.

He went straight into the light-heavyweight final at Olympia in January, 2011 to face Travis Dickinson after Tony Dodson was ruled out by cuts.

“I thought I was just going to turn up and pick up £2,000 for being a reserve,” said Couzens, a tough, value-for-money fighter from Hampshire who recently retired at the age of 30 with an 11-16-2 record.

“I was sitting there eating Skittles and watching the fights on the telly. Then they came in and said: ‘You’re on in five minutes.’ I lost my head a bit. I was thinking: ‘I just need to land one’ and went out there throwing bombs.”

Couzens couldn’t land the £32,000 punch – and was stopped in the second round.

Dickinson’s success was replicated by elder brother Jon-Lewis at cruiserweight and possibly the most dramatic of all the Prizefighter nights was another in the 200lbs division, in May, 2009.

The seven fights produced six knockdowns and at the end of an up-and-down night at Earls Court, Ovill McKenzie walked away with the trophy.

For McKenzie, Prizefighter was a way back following a pair of losses and it served the same purpose for Lee Haskins, Gavin Rees and Eddie Hearn’s mate.

Harrison won the competition twice to prolong his career and on other heavyweight shows, Cuban southpaw Mike Perez won an international event, and the York Hall was filled for a UK-USA match.

“What was so good about Prizefighter was that you saw fights you wouldn’t normally see,” said Milton Keynes heavyweight Matt Legg, “like me against James Toney!”

Once a prospect under Frank Maloney, Legg came back at 37 on the encouragement of manager Mervyn Turner and ex-pro Sean Byrne as he sought to shake off depression.

“I ended up fighting a Hall of Famer – possibly two,” he said. “You couldn’t ask for more than that. Prizefighter really raised my profile and got me the fight with [Anthony] Joshua. Toney had that aura. He was a bad man.

“He was quite abrasive and upset some Sky TV people before the show – and he didn’t mix with the other fighters either.

“He was in the same hotel as us, but he stayed in his room, while I sat in the bar with the other Americans – who were telling me how to beat him! The first round went alright and I thought I won the second. I was feeling his punches on my gloves and thought: ‘He can’t hurt me,’ but he was just touching.

“He flew out in the third and caught me right on the chin. I know he was past his best, but he still had all the moves. I dread to think how good he was in his prime.”

Sykes was walloped in just 45 seconds, surely the most emphatic knock out of the series, and Buckland went on to take the British super-featherweight title off him.

For others, such as Lloyd-Taylor and Patrick Mendy, the youngest winner at 19, Prizefighter was the highlight of their careers.

“The great thing about Prizefighter,” said McDonald, “was that we had nobodies becoming heroes in one night.”