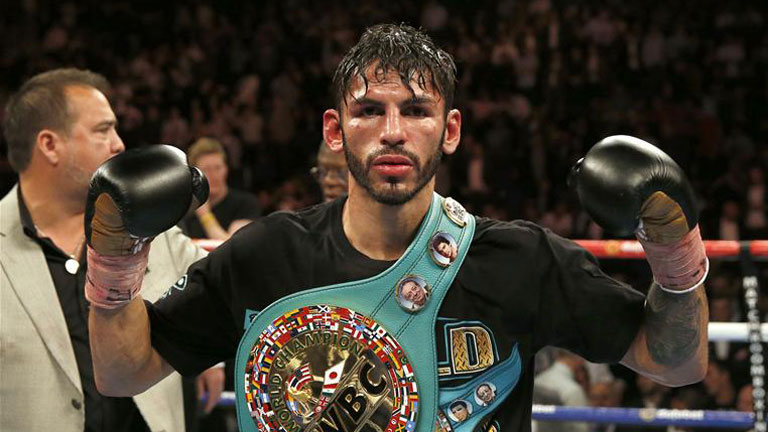 Some fight fans (particularly in the UK) were hoping Linares would grant London’s Kevin Mitchell a rematch after their frenetic encounter in May. Mitchell floored the champion in the fifth before Jorge tore open the Brit’s face and stopped him in the 10th stanza.

Instead, Linares take part in a homecoming showcase at El Poliedro in Caracas – his first fight in Venezuela for five years. Now living in Tokyo, former world feather and super-featherweight champion Linares predominantly fights in Japan or America.

The only notable name on Cano’s CV is Dierry Jean – who will face WBO world super-lightweight champion Terence Crawford on October 24 – but was stopped in 11 in 2012.

The Mexico City fighter has been beaten by a handful of anonymous fighters, although two recent draws with Javier Prieto – the man Linares knocked out in four to win the vacant WBC strap – suggest he is not completely in over his head.

Ivan is an aggressive, come forward type of fighter who likes to box off of his jab. He favours the straight right hand, though leaves himself tantalisingly open when he lunges in with it. Although experienced, he throws his shots from out of range and against a quick counter-puncher like Linares, he would be punished.

Further, there is not much variety to his work and what punches he does throw are usually done so with poor form, lessening their impact.

Jorge, however, is much more refined. Light on his feet, the Venezuelan can box from range but usually produces his best work up close where he stuns opponents with clubbing hooks and uppercuts.

Cano does not look to have the power to trouble Linares and Jorge should be able to wear the game Mexican down with effective body work, before opening up to his head to force a stoppage in the second half of the fight.