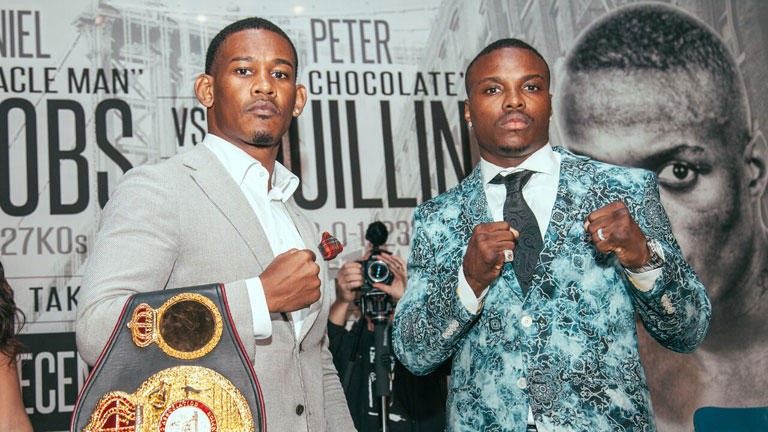 Peter Quillin is excited to be fighting in Brooklyn

The pair will meet at the Barclays Center in Brooklyn, New York, where both men live.

At a press conference to officially announce the fight they came face to face and Quillin realised something about Jacobs he hadn’t before.

“I expect Danny to bring his great chin to this fight. I didn’t notice it before but his chin looks very huge, so that’s what we’re looking at now,” he said.

“This is a good guy vs. good guy fight and it’s good for the sport of boxing. I’m coming to throw bombs. It’s not about the bills. It’s about the character of the person I’m fighting. This is the type of fight that is going to bring the best out of Peter Quillin.”

“Kid Chocolate” has made Brooklyn his home after moving there from Michigan as a teenager and is excited to be involved in such a fight there.

“I feel like I’m the son of Brooklyn. Although I’m from Michigan, this city has taken me in like I’m one of their own. You see what Las Vegas did for Floyd Mayweather, that’s what Brooklyn did for me,” he mused.

“This fight means everything to me. It’s two guys for the battle of Brooklyn. We are both going to have great support in the building and this fight will really inspire people.

“In New York City you never get to see two guys at this level of boxing square off against one another. It means a lot and I’m very excited about this fight.”