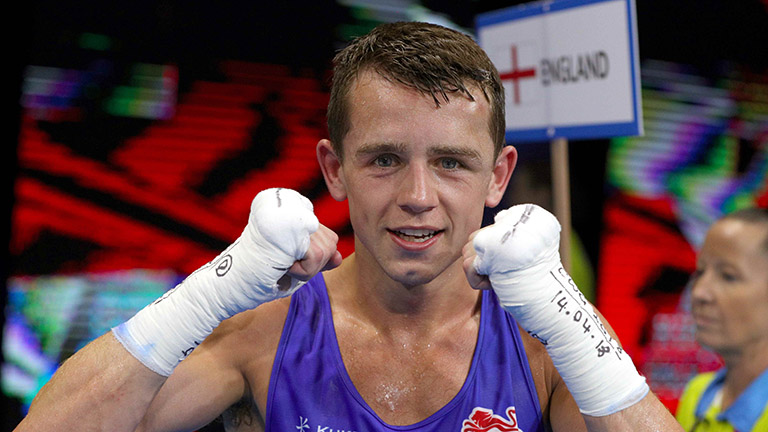 Liverpool star Peter McGrail is ready to box in London in his first Olympic qualification event. In his own words he looks forward to the tournament in his home country

IT’s the Olympics, you don’t know until you’ve got your ticket to go. But obviously I was made up to be selected and I’m looking forward to putting on a show for the UK crowd. There’s going to be a few people coming down from Liverpool as well.

It’s going to be great. We’re used to be boxing in mad countries, Russia, all over the world. For it to be in London, it’s right on your doorstep really compared with other places that we’ve boxed.

We went out to Rio [in 2016] to help the lads spar. Ever since then I knew I wanted to compete at the Olympics. It doesn’t even feel like that long ago. The years have flown by, I’ve done well. I’ve medalled at every major tournament I’ve been to. The Olympics, the final major, would make it six out of six for me.

I want to get my qualifying spot [for Tokyo 2020] but I’ll be looking to win the qualifiers as well. At the last European Games I got a bronze but I still feel like I’m one of the best if not the best in Europe in my weight category. In the last two World championships actually I’ve been the only person from the continent of Europe to be on the podium, that will give me a lot of confidence as well.

If you look at the last Europeans, you’ve got obviously [Mykola] Butsenko from Ukraine, he’s had two silver medals, and Kurt Walker, who won the last one, he got a gold.

The way I see it, I make sure I’m in the best condition I can be and I just take one fight at a time. I don’t necessarily worry about anyone until I know I’m coming up against them.

Tickets for the European Olympic qualification event, March 14-24 at the Copper Box in London, are on sale now at https://see.tickets/boxingroadtotokyo with prices starting at £5 (£2.50 concessions) for many of the sessions at the biggest Olympic boxing event to take place in England since the 2012 Olympic Games.