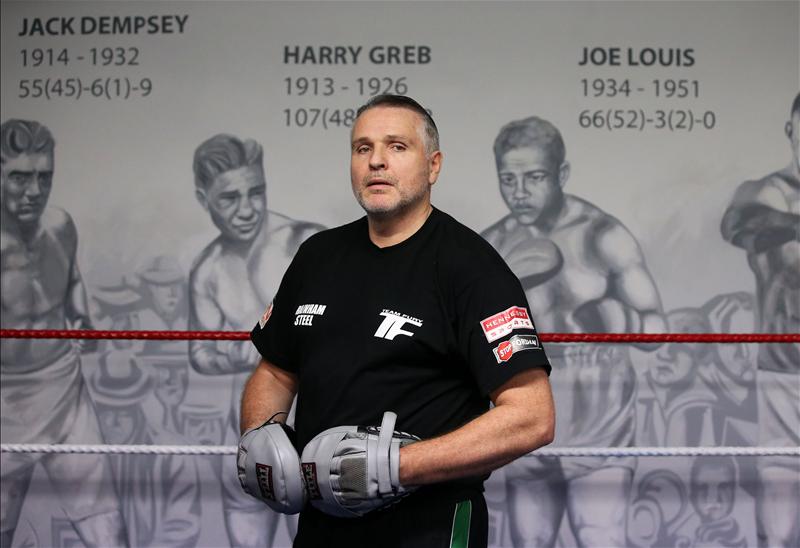 Wilder will make the second defence of his title against France’s Johann Duhaupas on September 26 in Birmingham, Alabama, having stopped the unheralded Eric Molina in June.

Fury, who is preparing Tyson to challenge WBO, IBF and WBA ‘Super’ world champion Wladimir Klitschko, feels Wilder’s team continue to match him with limited opposition because he is inexperienced, though thinks they are being smart.

“He’s just not ready, when you take all the hype away that’s the reason they’re getting these opponents,” he told Boxing News.

“Wilder’s team are doing exactly the right thing with him. They’re not getting involved in the hype themselves, they’re trying to get him the rounds. He’s almost created a problem for himself with the amount of knockouts he’s had.

“He’s got the WBC belt but he’s just not ready for the elite champions yet because he’s inexperienced. But he beat the champion, Stiverne, and I think Wilder’s improving, he’s still got a lot of flaws but he’s a work in progress.

“Duhaupas is a good opponent for him, it’s a good learning fight. He’s not a big puncher, he’s fairly tough so I think Wilder will get some rounds out of him.”

Having rebounded from his 2013 loss to Klitschko, Povetkin has picked up three consecutive stoppage wins, leading some to think he can dethrone Wilder, but Fury does not agree.

“I don’t think Povetkin will do any good with Wilder because he’s got to get to Wilder. He doesn’t do well against bigger fighters, he won’t be able to get past Wilder’s reach,” he noted.

“Povetkin’s got too many disadvantages. You saw what happened against Wladimir Klitschko.

“Povetkin’s a very, very good man against someone his own size, but when he fights a big man there’s nothing going for him, he doesn’t know what to do.

“I don’t see why everyone is hyping Povetkin, I see Wilder doing him to be honest.”