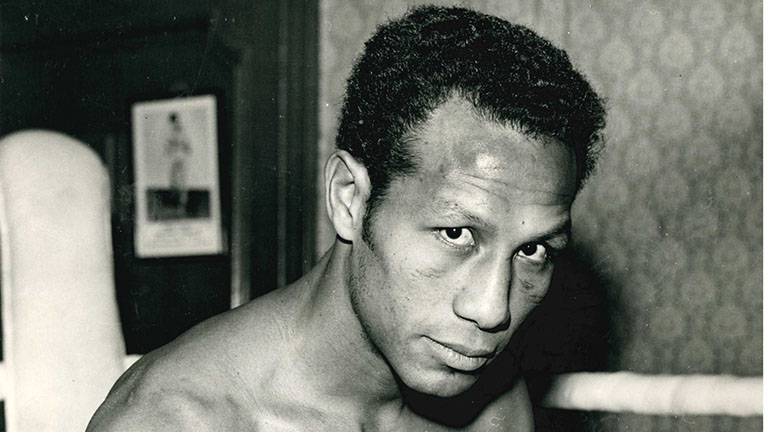 Percy Lewis, 'quiet, unassuming and a gentleman,' was a former Commonwealth champion who became coach of the Oxford University boxing team

ONE death that somehow didn’t get recorded was that of that fine featherweight, Percy Lewis, who passed away in October at the age of 91. I’m grateful to London EBA member Robert High for giving me the news, and Percy was included in the Minute’s Silence at LEBA’s January meeting.

Born in Trinidad and Tobago, Percy turned pro with the legendary Jim Wicks (who of course guided Henry and Jim Cooper, amongst others). He had 30 bouts in all, winning 19 and drawing one. He met some of the best, twice going the distance with future world champion Hogan “Kid” Bassey of Nigeria – the second time was a challenge for Bassey’s Commonwealth title, and Lewis had the champion down in the 10th round. After Bassey relinquished the title, Lewis won the vacant belt by halting Charlie Hill in 10 rounds. He successfully defended against future champion John O’Brien, of Scotland, but lost to Ghana’s Floyd Robertson, whom he had previously beaten in a non-title bout. He boxed in Europe and Africa, as well as the UK, signing off in 1962 after dropping a 10-round verdict to another quality Ghanaian, Joe Tetteh, in Accra. After retiring he became coach for the Oxford University team. He was also a LEBA member for many years. In paying tribute to him, President Stephen Powell described him as “quiet and unassuming – a gentleman.”

Stephen also paid tribute to former BN amateur correspondent Brian Pigden (“a lovely man who produced first-class reports – a real friend to boxers”); former WBC super-lightweight champion Saoul Mamby; star referee Larry O’Connell, who was a LEBA member for many years, regularly attending meetings; and singer Kenny Lynch, who loved boxing and more than once put on a show at LEBA functions. Among those present were promoter Harry Holland, Michael Lordan from Home Counties, Tom Burling and Raymond Lee from Essex EBA and Joy and Stan White from Bournemouth.

All EBAs need to come up with ideas for different functions, and member Claudia Keston suggested a fun night at a casino. The Committee agreed to look into it. If you’ve got any suggestions for things your Association might do, do tell someone on the Committee.

The current Seconds Out, LEBA’s monthly newsletter, includes the second of three articles by Alex Daley on the career of Ricky Porter, Swindon welterweight from the ‘60s and ‘70s and now a keen LEBA member. The article deals in part with Ricky’s 1972 York Hall battle with future world, British and European champion John H. Stracey – one disputed loss in 22 outings. East Ender Stracey was the promoter’s man, being groomed for big things. Porter hadn’t been brought in to win, and he didn’t – but he went the full eight, losing by just two rounds. I wasn’t reporting then, but there was no way I was missing that – and it was a tremendous bout. I was talking to Ricky about it, years later, and he said simply: “I always came to win!”

I think of that sometimes when I watch a ‘house’ fighter take on a journeyman, who makes no attempt to win and is happy to go the full four or six, lose by 40-36 or 60-54, and turn out again next week and do exactly the same. I know promoters are glad of these journeymen, and if they made a habit of upsetting ticket-sellers their paydays would stop. But I’d far rather watch someone like Ricky. Porter won the vacant Southern Area title in September 1972, beating Bedford’s Des Morrison on points – but Morrison got revenge the following July, and that was Ricky’s last bout.

Croydon EBA hold their AGM on Sunday January 26 at the usual venue – The Orchard, Cherry Orchard Road. Anyone who wants to come on the Committee, or has a motion to propose, please contact me as Secretary – and please do your best to attend. It’s your Association.