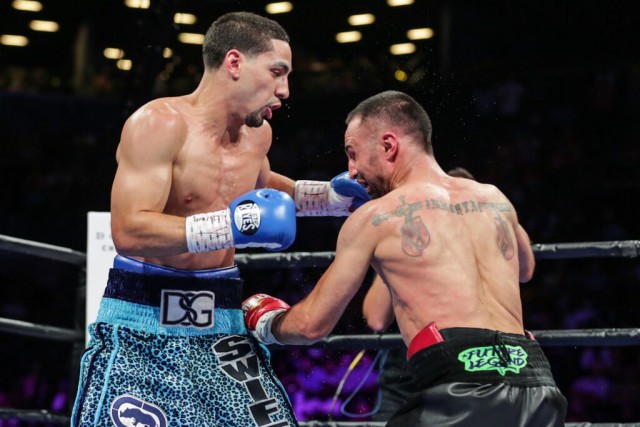 The former champion will continue boxing despite hinting towards retirement

AFTER his ninth round stoppage loss to Danny Garcia last month, Paulie Malignaggi all but confirmed his retirement from boxing, but the former two-weight world champion is to fight again on September 26.

The length of the bout and the opponent are yet to be confirmed, but the 35-year-old will box at the Teatro Principe in Milan, Italy.

The loss to Garcia marked his return from a 16-month layoff which came after a violent fourth-round stoppage defeat to Shawn Porter.

It is believed Malignaggi will be eyeing a fight with Italy’s European champion Gianluca Branco should he win in September.