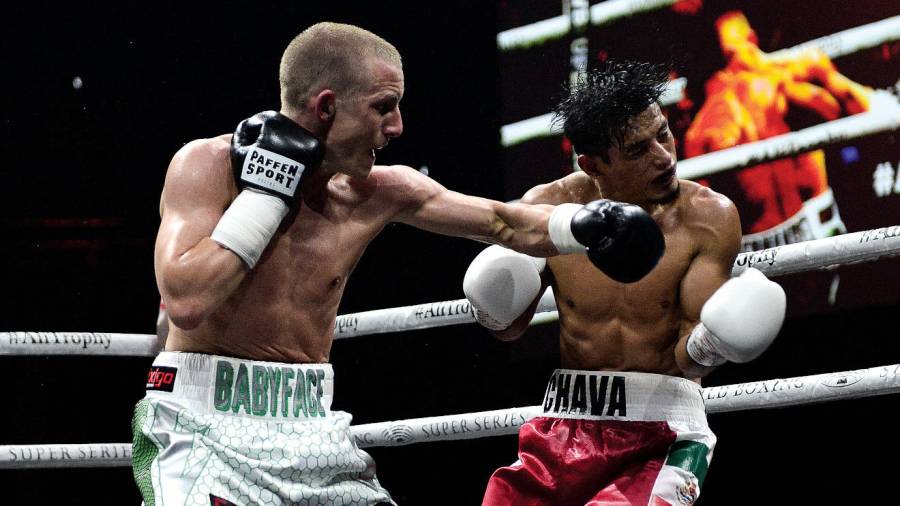 BY the time Christmas comes around, Liverpool’s Paul Butler will be able to say, with no small amount of pride, that he has shared the ring with three of the best little men we have seen in recent years. Yet, for Christmas, Butler wants more than that. Rather than simply compete, he wants to be able to say he has not only sampled the best the super-flyweight and bantamweight divisions have to offer but beaten them. To achieve this, the 33-year-old must overcome the daunting challenge of Filipino bantamweight John Riel Casimero, ranked No.3 and WBO belt-holder, on December 11 in Dubai.

“As soon as I got put in at number one [contender], I knew the WBO were going to make me mandatory and then I knew my team, MTK, were going to push for it,” Butler told Boxing News. “They pushed for it and now we’re here. I’ve had a good amount of time to prepare for it and it’s come at a good time for me.

“Obviously Covid was no good for me. I ended up sitting out for a year, which was the longest time I’ve not boxed as a pro, and I found that difficult. But we’re back, we’re winning, we got made mandatory, and now this has come at the perfect time. I’m feeling good in the gym and I still feel 24 or 25 years of age. All my running, my swimming, my punch output, it’s right up there. If not the same, it’s better.”

Since beating José Aguilar two years ago, Butler has, much to his frustration, boxed just twice. He beat Ryan Walker last October and then, in June of this year, beat Willibaldo Garcia via 10-round split-decision.

“It wasn’t bad,” he said of the Garcia performance. “It was a difficult one to get up for. I knew I had to start quickly and move my feet but I knew he couldn’t deal with me. That’s why I stood in front of him after six or seven rounds and gave him shots he shouldn’t have landed. Nothing hurt, I didn’t feel anything, but it’s hard to get up for a fight when you get a week and a half’s notice after the main opponent pulls out.

“I did weeks and weeks of hard graft preparing to fight [Joseph] Agbeko, which would have been a slower night’s work than Garcia, but as soon as I watched Garcia I thought, Oh, what a nightmare. He was just relentless. Half the time he didn’t know what he was throwing himself or what he was trying to set up. But I had to try and read that and work off that. If it’s hard for him to understand what he’s about to throw, what chance have I got? I knew it would be a tough night’s work.”

In addition to the fear of being rusty, or perhaps not enjoying the sort of momentum considered ideal, Butler, 33-2 (20), will, on December 11, also have to contend with boxing outside the UK for the first time as a pro when meeting Casimero. “I wouldn’t have minded it at the [Liverpool] Echo, with home advantage,” he said, “but I don’t mind not having much of a crowd, either. It doesn’t bother me in the slightest going to Dubai and only having a handful of fans with me. I’ve never boxed outside of the UK as a pro, so I’m buzzing to be going to Dubai.

“Ever since I was a young kid I have been told, ‘Do not play up to the crowd.’ There are certain voices you hear in your corner during the fight. I hear my dad, Joe [Gallagher, trainer], my sisters, my brother, my girlfriend. You hear people like that, people whose voices you recognise, but other than that it’s just noise. The noise might go up when you land a big shot, which is nice, but I’ve been taught since I was 11 or 12 never to play up to the crowd. I was told if I played up to the crowd I’d get beaten.”

Always eager to test himself against the best, Butler will, in Dubai, use a little of what he learnt in the ring against Zolani Tete [in 2015] and Emmanuel Rodríguez [in 2018] to turn his fortunes around and upset Casimero, 31-4 (21). Only then will he feel comfortable comparing those three world-class talents.

“Casimero’s a very good fighter,” Butler said. “He’s a three-weight world champion and he’s certainly no mug. He can whack.

“I didn’t watch too much of the [Guillermo] Rigondeaux fight because it was so dull, but that was probably because of Rigondeaux’s tactics on the night. Casimero is good and we know that. We’ve just got to frustrate him and we’ve got to be smart. If I’m not smart, it could all go wrong. I don’t want to start the way I started against Rodriguez: game plan out the window in round one after being dropped twice. This time hopefully it’s a lot different.

“I think technically Rodriguez and Tete were outstanding. Tete was hard to hit. I know Casimero has beaten Tete [TKO 3], but styles make fights and Tete was all wrong for me that night. I was still a baby; that was only my 18th fight.

“I didn’t even have a game plan for that fight, if I’m honest. But since I’ve joined Joe, I’ve had game plans going into every fight. With the right game plan, I’ve just got to go in there and do a job on December 11.”