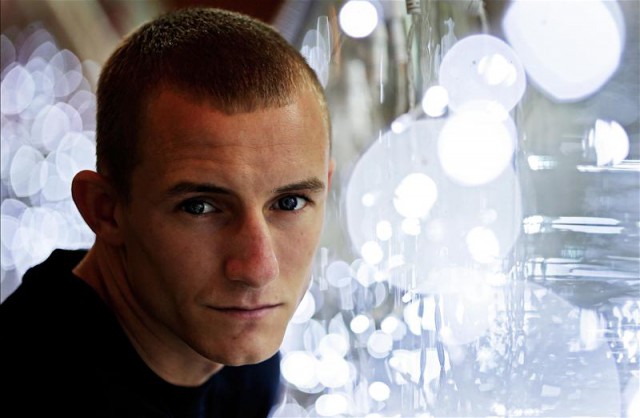 As well as fighting for his second world title, Paul Butler is fighting to save his amateur gym

WIRRAL Community Police Boxing Club is in a battle for its future. Formerly Vauxhall Motors ABC, the club has been running for 34 years but now must purchase their premises for £80,000
by December or face losing the gym.
The club has produced Paul Butler, already a bantamweight world champion, who fights for the IBF super-flyweight belt in March, as well as former European ruler Paul Lloyd.
The Wirrall club plays a proud role in its area, engaging with young people and using boxing to instill health, fitness, respect, discipline and confidence in them. For the last seven years it’s been involved in a “Gloves Not Gangs” campaign to help its community by appealing to young people and prevent them from getting sucked into gang culture and crime. In 2012 it signed up to the White Ribbon campaign to help raise awareness of domestic violence. It now has over 50 female members who can also attend female-only training sessions.
As a whole it has over 300 active members, from various backgrounds. Its volunteer coaches work six days a week.
“This club has played a vital role in the lives of many young people, both in and out of the ring, and despite the huge amount required to save the club, we are determined to succeed and secure our future so that we can continue to serve the community. However, to achieve our goal we need the support of the local community, which is why we are appealing to individuals and businesses to help in any way they can,” said the club chairman Peter Phelan.
As part of their campaign the club is now going through the process of becoming a registered charity but in the meantime, top pro Butler has set up an account on fundraising site Just Giving, – https://www.justgiving.com/yimby/wirralcpboxingclub/#/ – for anyone wishing to make a donation.
Even now Butler returns to the club to train and knows first-hand how much of an impact it has on the community. “It’s done everything for me,” Paul said of the club. “I wasn’t the best of kids at school, I was pretty naughty, up until the age of 11 or 12 when you do start listening to the coaches; I started listening in school a bit more.
“You get disciplined and it kept me off the streets. My mates were going out at 15, 16, 17 all drinking on the streets.
“They got me to win a national title, I boxed for my country. I think that’s everyone’s dream when they’re just an amateur, to win a national final then
you get your England vest. You do your club proud then as well as your country.”