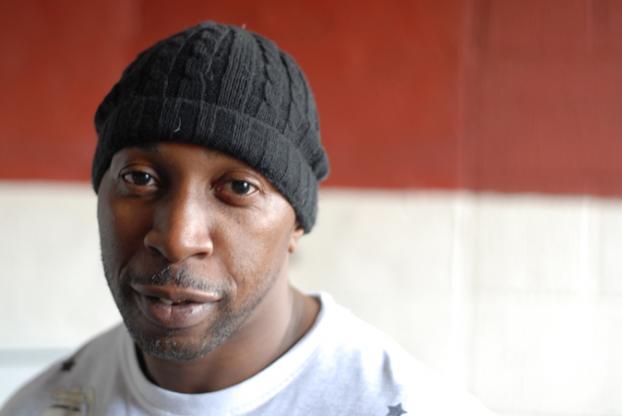 FORMER British and European light-welterweight ruler Pat Barrett is now enjoying the challenge of being both a trainer and a promoter. With the retirement of Brian Hughes, Pat is the main coach at The Moston and Collyhurst Lads Club in Manchester, and with “Black Flash Promotions,” Barrett is finding his feet as a promoter.

Pat says his aim as a promoter is to do the very best for his fighters.

Q: When did you first become a promoter?

Pat Barrett: “I worked with Wally Dixon, he gave me a start and I got Scott Quigg’s career going. It was back then that I realised what I could do, to help these lads and get them to where they wanted to go. My main motivation as a promoter, it isn’t about me or about money – I want to build these kids up, get them a following when they’re 5-0, 6-0, and then see which promoter can do the best for them; get them what they want and deserve.”

Q: When did you get your promoter’s licence?

P.B: “It was about three years ago. It took so long because Brian Hughes, my trainer, always told me, that to become a good trainer or promoter you should work with a fighter right from the start and build them all the way up.”

Q: And how many shows have you done so far?

P.B: “I’ve done four shows as just the promoter, a card with Scott Quigg and a fight of Mike Jennings. I’ve helped the lads out. I’ve done Central Area title fights. The card in October  – October 25th, “The Homecoming” featuring Matthew Hall – will be my biggest yet, because that is my show, just me promoting; Black Flash Promotions. Before, I was promoting in association with Wally Dixon. What I‘ve always wanted to do is produce my very own champions.”

Q: Do you have an opponent yet for Matthew Hall?

P.B: “Yeah, oh, what’s the guy’s name! He fought Jimmy Kilrain Kelly. Anyway, I’ve got Matty back to how he used to be. He’s been sparring Ben Mulligan, and he’s said to me, he can’t believe how good he is. I’ve worked on his head movement and his body punching is awesome. Matty used to get by just on aggression, but he’s learning again now, which is what he wanted. And I’ve told him he can’t fight at middleweight any more, he’s a light-middleweight and a very strong light-middleweight. It’s going to be a good show. We’ve also just added Tyson Fury’s brother, his youngest brother, he’s only 18.”

Q: And you have a relation of yours boxing on the card?

P.B: “Yeah, my nephew, Zelfa, he’s a super-featherweight. What I want is for the lads to not have to worry about selling tickets. Some fighters, in the past, they worried so much about selling tickets and not being able to – Rhys Roberts for example – they were not able to perform in the fight, their head was elsewhere. I’ve got years of experience and out of my own way I’ve got sponsorship deals in place and we have sell-out shows. This show [on October 25th] it’s 500 capacity and the tickets have all gone. I want these kids to build a following and then, after I’ve taken them as far as I can, go with any promoter in Manchester or in Britain and fight in bigger arenas.”

Q: Looking back on your own successful career, what would you change if you could go back and do it all again?

P.B: “I’d have listened more. My big problem was, I was like a wandering sheep. Brian Hughes was the best man for me, the best trainer, the best everything. At the start of my career, I was a journeyman. I had 20 fights in my first two years as a pro. But Brian believed in me and he gave me the confidence. He told me I could go to Italy and beat [Efrem] Calamati for the European title, and I said, ‘right, let’s have the fight then.’”

Q: People still talk about that KO of Calamati, you were awesome that night. Was that your best ever performance?

P.B: “No. You might laugh when I tell you what I think was my best, but it was when I knocked out Sugar Gibiliru. He had come to my gym when I was an amateur, and it was like what Bruce Lee said about having a nightmare about the worst fear you had. He [Gibiliru] was my fear. He was tough and he just took everything I hit him with. I boxed a draw with him in 1988, over eight-rounds, and that performance went far better than I thought it would, he didn’t do what I thought he’d do and that draw made me feel much better. Then Brian set up a rematch and I knocked him out in the 8th-round and that gave me all the confidence I needed.”

Q: You were a sensation at the time of the Calamati win, is it fair to say you never went as far as you should have gone?

P.B: “I should never have moved up to welterweight, I was always a natural light-welterweight. And the [Julio Cesar] Chavez fight should have happened. I truly believe I’d have given him a really hard fight. I had that belief and that confidence. I was with Mickey Duff at the time I think, and there were a lot of broken promises. The Manning Galloway fight (for the WBO welterweight title), that fight was postponed four times, it was a joke. And I was thinking at the time that the fight was never going to happen. Had that fight gone ahead on the first scheduled date, I’d definitely have knocked him spark out.”

Q: After the October show, have you any other dates planned?

P.B: “I’m already working on that. I have plans for more shows next year. I think we’ll quickly go from the 500 capacity shows to the bigger shows. Like I said, I want to build my own champions and get my kids a following.”