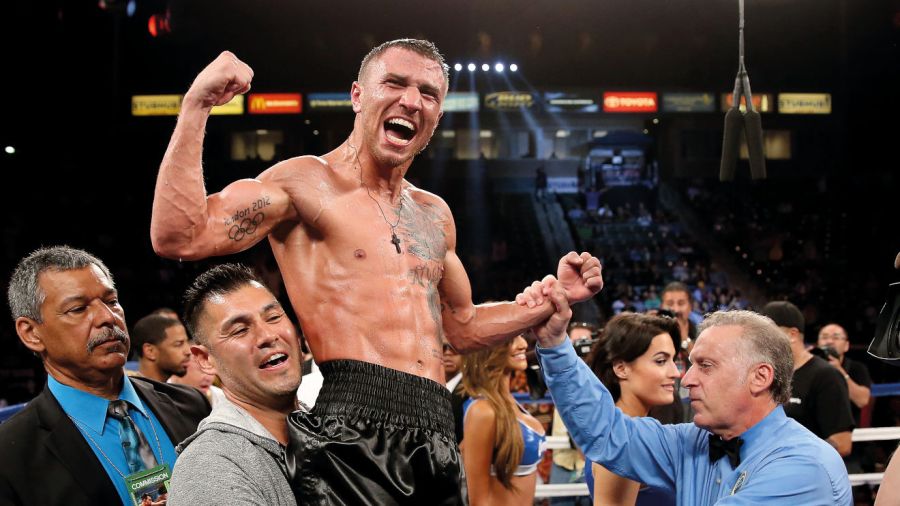 Currently I prefer to watch Oleksander Usyk. Since moving up to the heavyweight division, he’s taking a greater risk every time he fights, and having a massive size disadvantage creates more excitement for the fans. It only takes one small mistake at that weight.

As a fellow big man and former sparring partner of his, I admire what Usyk can do. For a man of his size to do what he does is just unbelievable. Lomachenko, for me, may be the better of the two, but he’s boxing in a weight division or two above where he should be; a division littered with elite talents.

Picking my favourite to watch is a difficult one. Both have a near perfect style and have only lost two fights between them. But, if pushed, I would have to pick Lomachenko simply because he has the power to go with his class and defence. I’ve been watching him since he won his first Olympic gold at the 2008 Beijing Olympics, and winning a world title in only his third fight was truly remarkable. Fighters like Lomachenko come around once in a lifetime.

Although both guys are exceptional, I’d say I prefer to watch Lomachenko. Usyk is such a great technician and so quick for a big guy, but Lomachenko is just so easy to watch. Even when not doing anything really, it’s the little feints and footwork which, as a purist, I love to watch. Just don’t tell Usyk I said that.