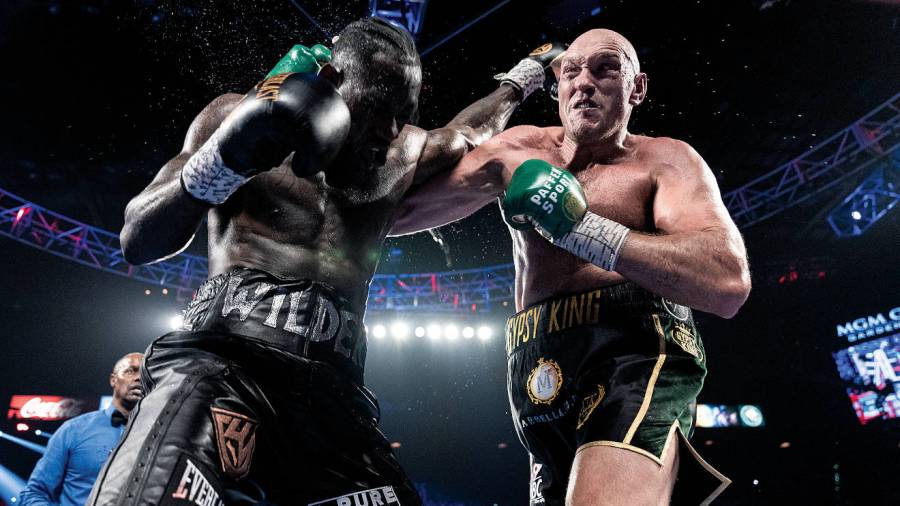 Kalle Sauerland
Promoter
That night between Wilder and Fury. A fight that makes any Rocky film look dull. Those are fights that get the mainstream into our sport and what we all love to watch. That’s not only boxing but the theatrics, the build up and, the most important thing, the fantastic rounds that we witnessed.

Dave Coldwell
Top trainer
Just for drama and madness Fury and Wilder III was amazing. Kambosos, the underdog going against the new superstar and the guy that’s supposed to be ‘the one’, and the performance that he put up, that’s got to be right up there.

Tony Jeffries
Olympic medallist
There were so many great fights this year but my highlight is Fury vs Wilder. I was ringside for it and couldn’t believe what I was seeing. Also 2021 has shown how exciting and unpredictable this great sport is to follow with the likes of George Kambosos, Kiko Martinez, Sandor Martin and Mauricio Lara shocking the world.

Lisa Whiteside
Commonwealth Games gold medallist
Highlight of 2021 has to be getting boxing back from the pandemic, giving everyone who loves the sport something positive, and Tyson Fury winning the trilogy was epic.

Chris McKenna
Sports reporter
Round four of Tyson Fury vs Deontay Wilder. The finish later in the fight was spectacular but the fourth round was astonishing as Wilder came so close to a huge turnaround. The T-Mobile Arena was electric at that point. It will live long in the memory.