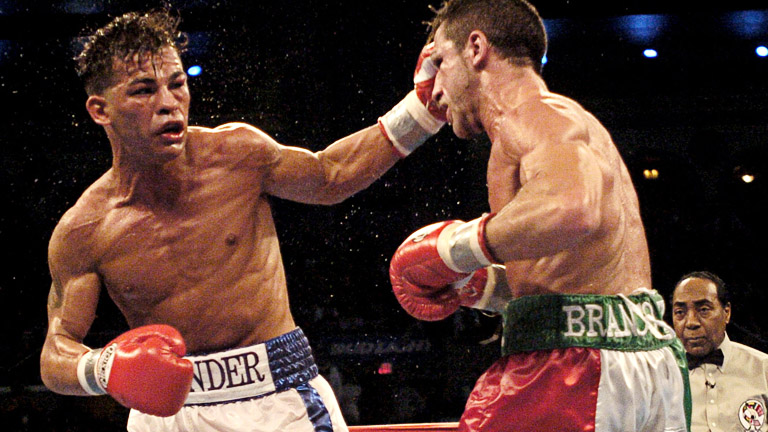 What’s your favourite moment in the career of Arturo ‘Thunder’ Gatti?

My favourite Arturo Gatti fight was the third against Micky Ward. I had become a fan of Ward since I saw him at Kensington against Shea Neary in a barnburner where both men had to dig very deep. His fights with Gatti were a revelation, pugilistic gold, and had a generation of fight fans glued to their screens. I felt relieved after the third fight because I knew it would be their last fight against each other.

I’m pretty sure everyone’s answer will be the same: The Micky Ward trilogy. More so that 9th round, which is arguably one of the best ever. Gatti’s legacy will always be those three fights and the guarantee of his fights being great to watch. Never was a ring name more appropriate than ‘Thunder’.

As soon as any boxing fan hears Arturo Gatti’s name the first thing I expect them to think about is the trilogy with Micky Ward, especially the first fight, which was one of the most exciting I have ever seen. He was an all-action fighter who gave it everything in the ring. That is how I and I’m sure all boxing fans remember him.

It’s got to be the Gatti-Ward fights. They were displays of unbelievable heart, strength, fitness and determination from both. They’re the kind of fights you think you’d love to be involved in but then, when you really think about it, you actually wouldn’t.

How do you see Dubois vs. Gorman playing out on Saturday?

What a great fight to make while both are on their way up. If Dubois can get his left hook to the body working and bring his right hand over the top of Gorman’s low left, he could finish this one quickly. But my money is on Gorman. I think Gorman’s faster hands and feet and movement will see him win a late stoppage.

It’s a great fight and fights like this need to be made more often. George Groves vs. James DeGale proved that an early loss in a high-profile fight doesn’t alter what can happen in your career. I see the fight going past halfway and Nathan’s ring IQ taking Dubois’ power and energy before stopping him around the 8th.

I see Dubois vs. Gorman being a very good and exciting fight while it lasts. It’s always great to see two unbeaten heavyweights battle it out for the British title. In this one I see Dubois eventually winning after a few scary moments. I think it will come down to who hits hardest, even though Gorman has more fights and is the slightly more experienced fighter.

I think Gorman obviously has the extra speed and Dubois has got the extra power. It’ll be a case of who can use their advantages the best on the night. It’s a great 50/50 fight and I can see how they both could win.