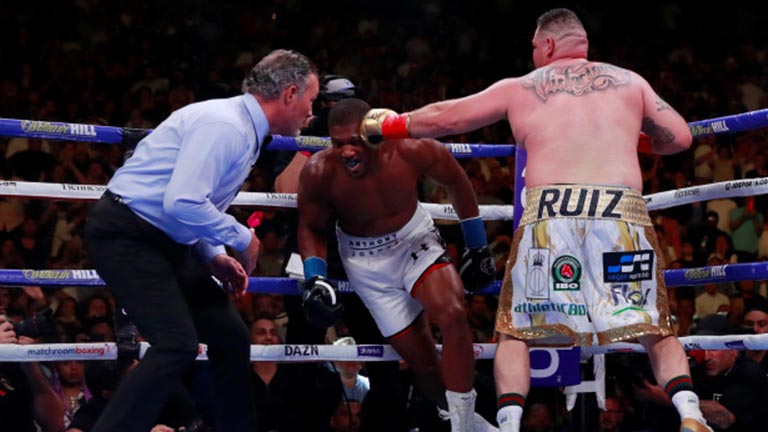 Wilder-Fury II or Joshua-Ruiz II, which heavyweight rematch would you choose?

Nigel Wright
Former English champion
In the Ruiz vs Joshua rematch, you will see a KO, whereas I think Wilder vs Fury II goes to the cards again. The more entertaining fight is Ruiz vs. Joshua but both Wilder and Fury are better fighters. That’s the one for the purists.

Callum Johnson
Light-heavy contender
I’d go for Wilder vs. Fury II because I’m a huge Tyson Fury fan and believe that fight is now the biggest fight in the heavyweight division.

Declan Warrington
Boxing journalist
Wilder vs. Fury II. Only one of those two fights determines who is truly the world’s finest heavyweight and, thrilling though Joshua-Ruiz was, Wilder-Fury was also the more entertaining, and has the far greater sense of unfinished business.

Ryan Walsh
British champion
The Ruiz vs. Joshua rematch is far more intriguing to me. Can lighting strike twice? There are so many questions to be answered. Wilder vs. Fury, on the other hand, was pretty straightforward the first time – well, bar the ridiculous scoring.